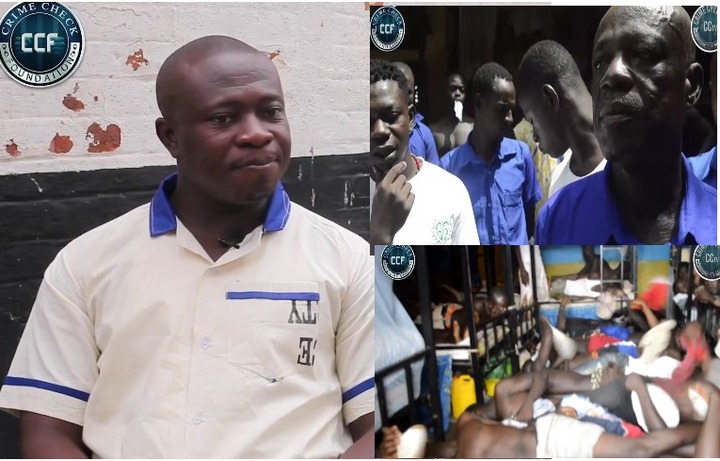 The sins of our past, as our elders often say, comes to haunt us at another day. For Michael Duah Agyemang who is in late 30’s, serving a two-term prison sentence comes with some regret that he wished he could turn back the hands of time to right his wrongs.

He had been tried on two criminal charges; issuing a fake university admission letter, and fraudulent car deals. Agyemang was initially sentenced to a three-year jail term at the Koforidua Camp Prisons for the fake admission letters.

He claimed to have hacked the Koforidua Technical University admission portal and placed some students onto the system until the school mounted some cyber defenses to stop his illegal operation. He told Crime Check TV that the option available to him then was to clone some admission letters for his victims, most of whom were residents of Kumasi, the capital of the Ashanti Region.

Along that period, Agyemang was also into car deals. About ten (10) people fell for his dubious car deals. His imprisonment at the Koforidua Camp Prison was only triggered by the fake admission letters.

After being freed by the Prisons, he found himself in a different neighborhood hoping to take on a new life but one of his victims, according to him met him at Sofoline and demanded for a refund of his money. But poor Agyeman had nothing left to pay back his indebtedness to those victims who he had duped some years ago.

He disclosed that the total sum due for refund was about One Hundred and Thirty-seven Thousand Ghana Cedis (GHC137,000.00). Agyemang mentioned that there was no escape for him but to face his own ‘demons’ once more.

He shared that the judge upon hearing the matter and his criminal history gave him two options; to refund the entire monies taken from the car fraud victims, or serve a minimum jail sentence of six years in hard labour.

“The victims are all in Kumasi so when I came back from prison was haunted again. About ten of them confronted me and demanded for their monies. These are persons from whom I took monies from in a car deal.

“One of them engaged me in a conversation and I gave him the assurance I will refund the money. He wasn’t convinced and so I suspected he mobilized the rest to come after me. A charge was filed against me and I was invited to the court. The judge never revisited the fake admission case …all was centred on the car deals” he recounted.

Asked what he makes of his current situation, Agyemang said the Kumasi Central prisons [where he is being held], is a miniature hell. He cried that one could lose his senses if he or she fails to psyche her/himself up against the trauma meted out inmates.

“This is not a prison. It wasn’t made for mankind. Its like it was made for animals. The conditions here are very terrible.

“It takes somebody with a string heart to even regain your sense of self. The trauma is so severe here. If hell really exist then, this just a miniature of it,” he described the situation.

In a room of over ninety inmates, only thirty-three (33) beds are available, the rest run sleeping shifts on the bare floor at night, he said.