Two people have been apprehended by the police at Asokwa in Kumasi to help in investigations on the death by alleged suicide involving a boy aged 10 at Atonso S-Line.

Paul Boating’s body was on Tuesday 10th August, 2021 discovered hanging by a nylon net on a ceiling fan of a bedroom at his family house around 3 PM.

YawAkuoko Sarpong, the elder brother of the deceased came back from work and saw him hanged to a rope. A Complaint was lodged by Yaw with the police who accompanied him to the scene of the crime. The deceased was found hanging with a nylon net to a ceiling fan and had his feet on a mattress.

Also seen at the crime scene was a ladder and a kitchen stool. The deceased body has been sent to the Komfo Anokye Teaching Hospital since the discovery for autopsy and preservation. Residents are greatly shocked at Boatengs death, who lived with his 70-year old grandmother in the compound house.

Superintendent Christopher Mpianim, District Police commander, Asokwa says there have been an arrest of two suspects who were co-tenants in the same residence of the victim, in confirming the incident, but declined to give their names.

He said the police will depend on the autopsy to know what caused the death. 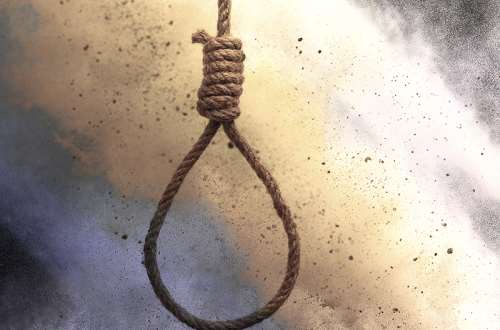 Content created and supplied by: Joshua021 (via Opera News )