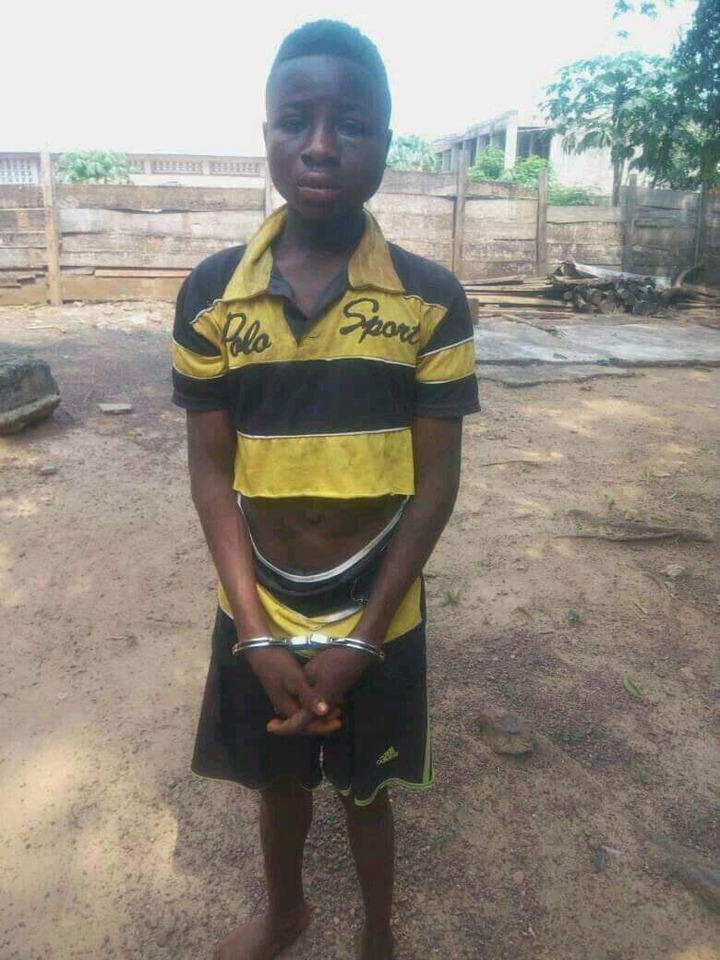 Police in the Sefwi Wiawso Municipality of the Western North region are holding a 17 year-old JHS student, Emmanuel Gyan for allegedly killing his biological mother over a missing mobile phone memory card.

The suspect is reported to have hit his 52 year-old mother, Faustina Agyeiwaa in the head severally with a pestle until she fell unconscious; he later attempted to set her body on fire, eyewitnesses have said.

The unfortunate incident threw the Wassa J.Y No.1 township into a frenzy on Monday, 15th March, 2021.

Police say the young chap was accosted and sent to the Sefwi Wiawso station by his 58 year-old father, Isaac Somuah and one Stephen Amponsah.

In his witness statement, the father of the suspect said he had accused his mother of taking his memory card, which she denied.

The suspect, according bro the witnesses became furious upon the deceased's denial and begun hitting her on the head with a pestle which the family used in pounding fufu, until she fell and allegedly died on the spot.

The body of the deceased has since been deposited at the Bibiani Government Hospital morgue for autopsy while the police continue with investigations.

If You Are Blood Group AB, This is For You

Yes: This Is What Happens When You Eat 3 Eggs In The Morning