The Paramount Chief of the Aflao Traditional Area, Torgbui Adzonu-Gaga Amenya Fiti V called on the government to complete the E-block community day senior high school buildings in his area. The project was started by the opposition National Democratic Congress (NDC) when they were in power but could not complete it before the party handed over power. The current administration is yet to complete the structure for it to be used after been in governance for five years even though it is near completion. Responding to concerns raised by the chief, President Akufo-Addo stated that Torgbui Adzonu-Gaga Amenya Fiti V should complete the abandoned E-blocks in the area if he is frustrated by the delay.

The response given by the President on the matter did not go down well with many and has sparked lots of debates and arguments among Ghanaians. Many have called on the President to render an unqualified apology to the Aflao Chief for using such harsh words. North Tongu MP, Hon. Samuel Okudzeto Ablakwa and Ketu South MP, Hon. Abla Dzifa Gomashie are few examples.

2020 Parliamentary Candidate for Ayawaso West Wuguon Constituency, Mr. John Dumelo has promised to donate 100 bags of cement or desks to the Paramount Chief, Torgbui Fiti V to begin the completion process of the abandoned E-blocks in the area. Mr. Dumelo posted this information on his Facebook page. Mr. Dumelo's post has received a lot of reactions from Ghanaians.

Check below for few of those reactions: 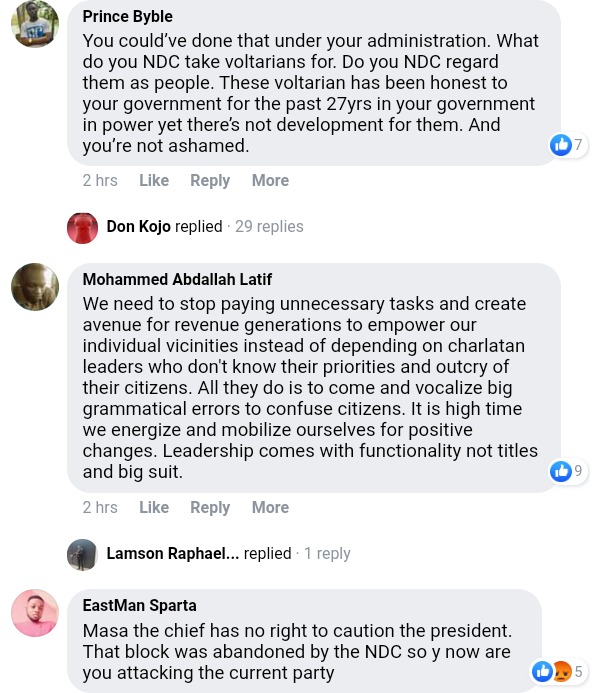 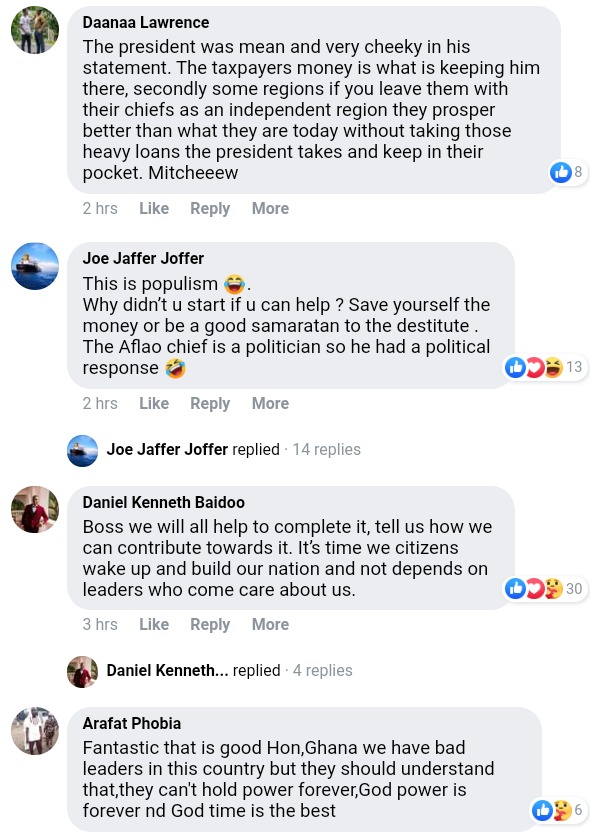 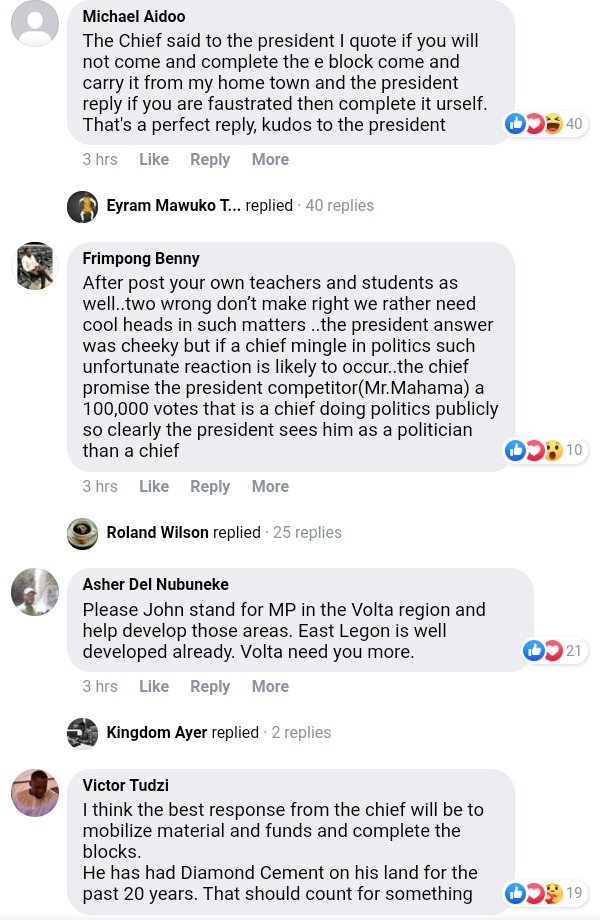 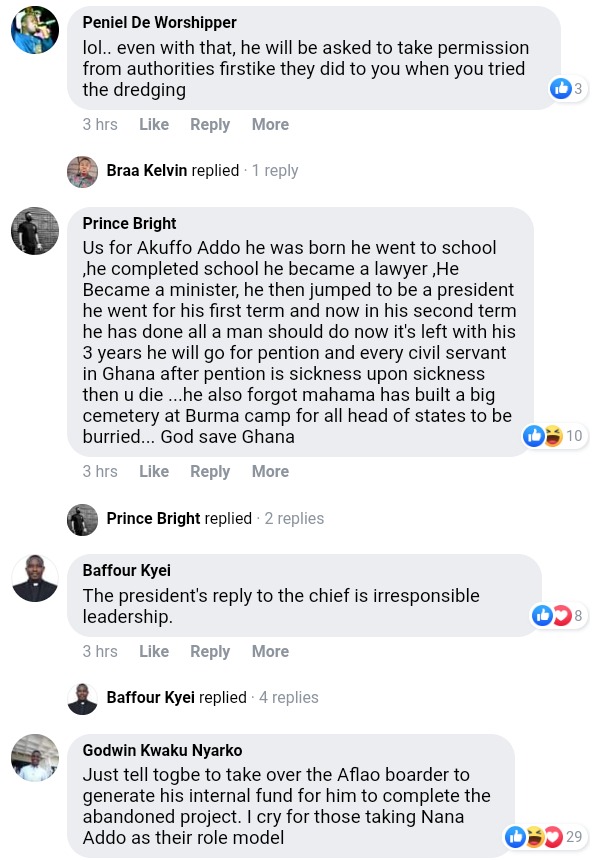 From the above comments, it can be seen that there are divisions among the people. Some believe that the President was right in giving such as a response to the Chief while others believe the President could have done better. Some believe and support Mr. Dumelo in his quest. Others also think that it would be difficult for the Chief to complete the buildings since he would need approval from the authorities and he would not be given the approval.

What do you make about the President's response to the Aflao Chief? Share your thoughts with us by leaving all your comments below.