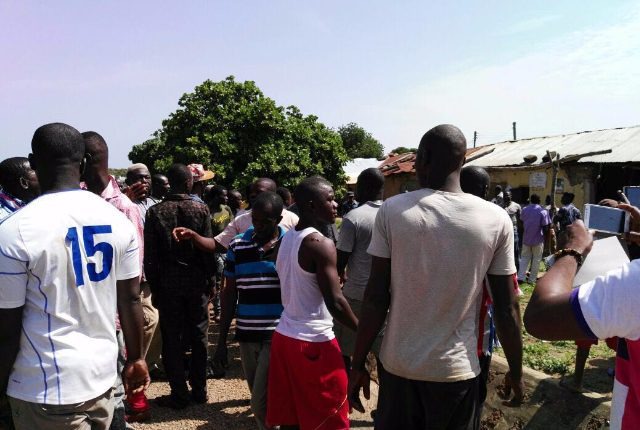 The Nyanyano community is struggling with developments. It is one of the towns in the central region who are known for fish farming.

Even though their farming practices in terms of fish farming has reportedly been one of the most troubling farming systems, they depend on this to survive.

Because of the rate of unemployment and the rate at which people suffer to make ends meet, it is mostly a red zone for robbers.

When a robber is caught by the public, they brutalize him until he has an instant change of heart and repents. 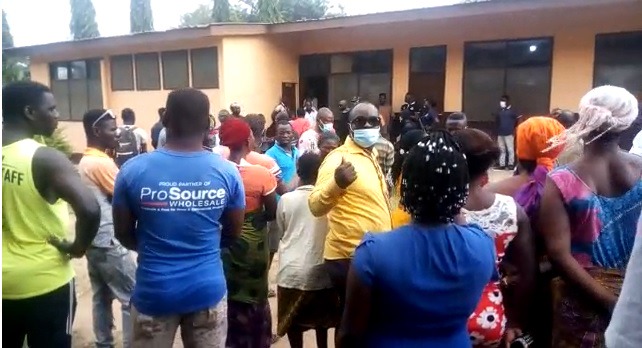 One robber who could not escape the grips of angry youth who have vowed to beat up any robber was caught today.

He stole money from a taxi driver and run away with it and was chased until he was caught. He was caught red handed stealing from the dashboard of a driver who had packed and taken out his key.

From what some women who said they saw all that happened described, the man would have taken the car away if the car key was in it.

Because he acted as if it was his car in-front of these women suspected his movements. But thanks to the inquisitive nature of some of our women, they questioned him and shouted for help that he was a thief. 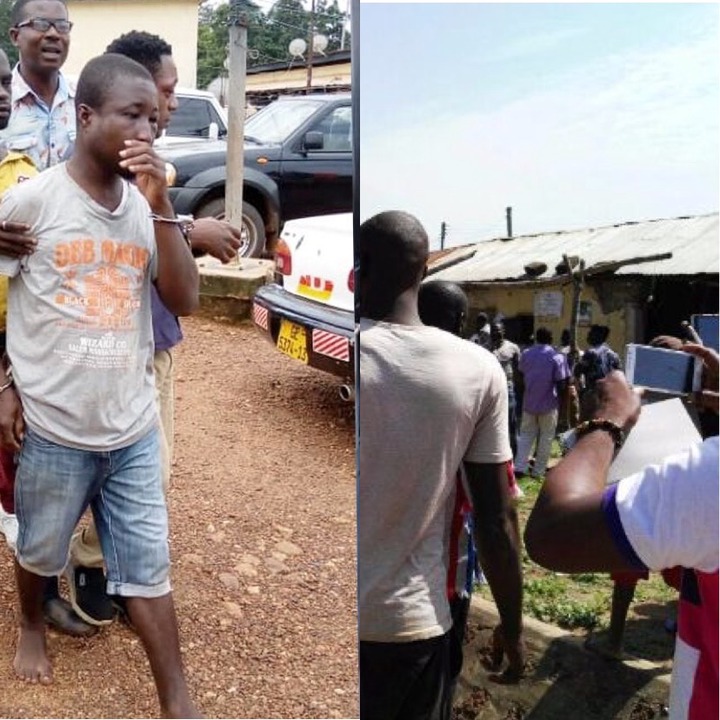 The angry mob beat him up really well before sending him to the Nyanyano police station. According to reports from Adom fm, they were sure that these men would have ended his life if not for some interventions.

There is obviously a rise in the rate of unemployment and this is scary for the ordinary Ghanaian. But there are many ways that seems right to a man but the end results is death.

As a result, all the youth out there who feel all hope is lost and can do nothing aside stealing should start thinking about better means to get it right. Because their first day at robbery could be their last day as robbers.