A 22 year old woman died in a murder suicide after she was stabbed by her boyfriend.

By Osheanews (self meida writer) | 24 days 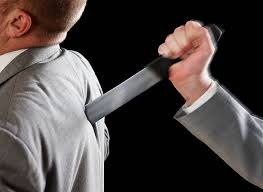 A 22-year-old woman died in a murder-suicide after she was stabbed by her boyfriend who then killed himself, people around have revealed.

The Police had launched a murder investigation last week after officers found the body of Ngoya at a house in Johannesburg shortly in the afternoon.

They visited the property of the man following a report of concern for Ngoya's welfare.

The body of Benjamin, a 41-year-old father of three young children, was also found in the house, which he owned, and it was previously confirmed that the two had been in a relationship.

The man stabbed the girlfriend and himself to death in a house that he owned.

The force said no-one else was being sought in connection with the murder that they had described as a “contained incident”.

Senior investigating officers said last week that the police’s investigation had found “no known background of domestic abuse in this case so far” but had appealed to the public for any relevant information.