Arrested Killer Taxi Driver to be Put Before Court on Monday

By Kumbundoo (self media writer) | 2 months ago

A 35 - year - old taxi driver has been taken into police custody ahead of preliminary court appearance on Monday, September 13, after he admitted on life TV to killing several people including a pregnant woman for ritual purposes. Felix Ansah alias De Ghosty on September 2 appeared on Onua TV to discuss Secrets Behind Ritual murders and admitted in the course of the discussion to killing several people for ritual purposes. He disclosed to host Captain Smart that he has even killed a heavily pregnant woman as sacrifice for an unnamed politician to win elections.

Even though he said he has become a born again and continue to regret for his past actions, his admission has still ensured the law enforcement officers followed his trail to apprehend him. A statement form the Ghana Police Service said following Ansah's admission, police have moved to take him into custody to help with further investigations. The Statement said he will be put before court on tomorrow, [Monday, September 3] to be placed on remand to assist with thorough investigation to establish the veracity of his claims. 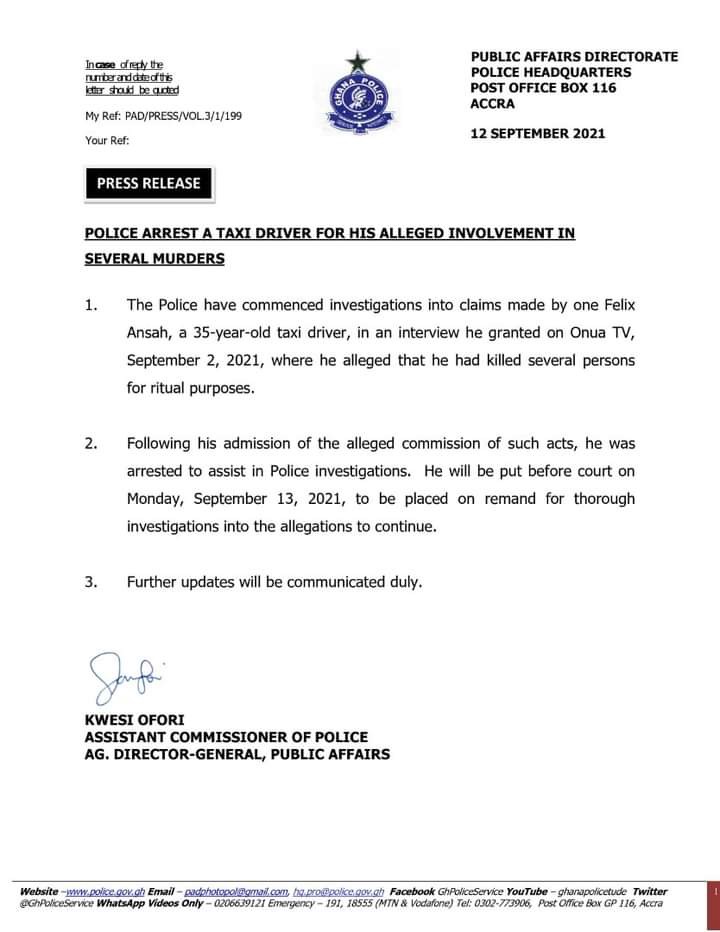