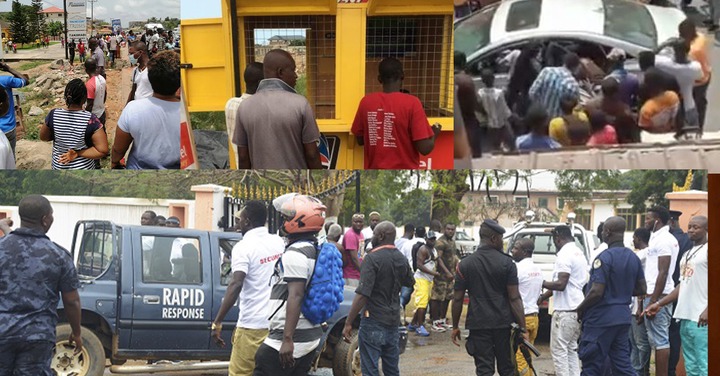 Residents of Tarkwa were taken by surprise when armed robbers from nowhere stormed the community and started their operations. The armed robbers who were seven in number started shooting on the streets immediately they alighted from their vehicle. Here, most of the residents who were in the area started looking for cover.

They were divided into two and blocked the main Tarkwa to Takoradi Road at transformer down in Nsuaem. Any driver who tried to cross was not spared. The armed robbers first shot a tricycle rider who had no knowledge about the operation and was trying to use the road. Fortunately, the gun did not hit him directly, and sustained minor injuries at the waist. Another driver who had three passengers in his car was also not spared. They shot into the door and commanded all the passengers to lie down. But they were not their targets. 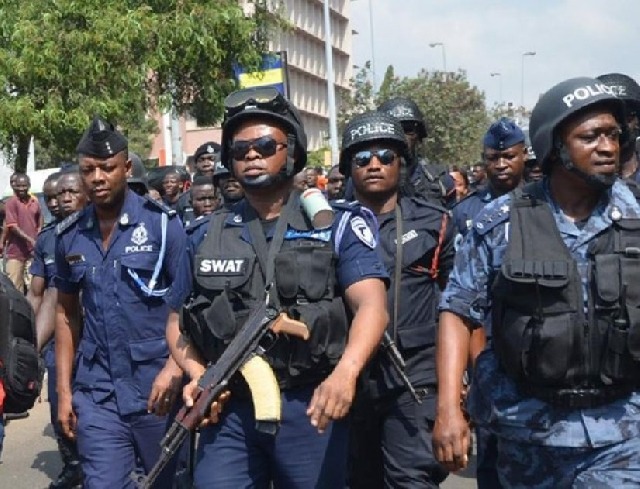 Some of the armed robbers moved to a nearby gold dealer shop and demanded the daily sales at gunpoint. The gold had already left the shop but the money made for the day was still there. The armed robbers took the undisclosed amount of money and hit the gold dealer with the edges of their guns. At the same time, the other gang had taken over the other side of the road and were robbing two mobile money vendors.

They took away their phones and an amount of GHC 12, 000 from one of the vendors. An undisclosed amount was also taken from the other vendor, just after accomplishing their mission that lasted for about ten minutes according to eyewitnesses, they moved back into their vehicle and started firing gunshots in the air to scare the resident. In all, about six persons sustained minor injuries and were rushed to the Nsuaem health center for treatment. Assemblymember of the Akodwaa Electoral area where the incident happened, David Ato Kum Gyan confirmed the incident to this writer through a telephone interview. 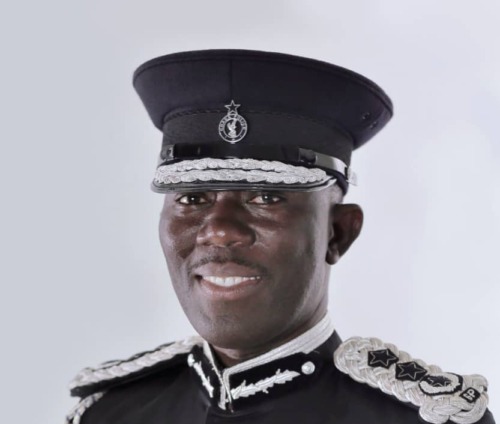 The police were called to save the situation but the armed robbers were far gone before they arrived. In the meantime, efforts are being made to ensure the armed robbers are apprehended as soon as possible. They have mounted serious search and called on the residents to report persons with irregular moves in their communities for investigations. the new IGP, Mr. George Akufo Damapare is fresh in office but it seems the armed robbers are not ready to give up despite the high hopes Ghanaians have installed in him. This is the first time such an incident is happening in the area in question and residents are at a loss on what could have triggered the attack. Security visibility is currently high in the community after the incident.