By Cecilmenz (self meida writer) | 24 days 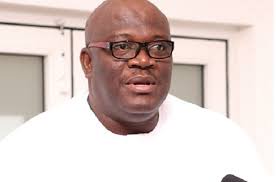 The Greater Accra Regional Coordinating Council(RCC) has revealed that plans are far-fetched to bring some sanity to one of the Central Business Districts(CBDs) in the Accra metropolis.

According to the RCC, the Kwame Nkrumah Circle area in the Ayawaso Central Constituency of the Greater Accra Region has come under the radar of the task force of the Council in recent times because of the indiscipline that has engulfed the area.

The RCC made the announcement after a successful decongestion exercise at the Darkuman- Komkompe area of Accra, the hub known for salvaging damaged vehicles in the country.

Mr. Henry Quartey, the Greater Accra Regional Minister speaking in a One-On-One interview on Accra-based Asempa FM’s ‘Eko Si Sen’ show hosted by Phillip Osei Bonsu said the team from RCC will storm the area popularly known as Circle to bring some sanity to the area.

The Regional Minister who is also the Member of Parliament (MP) for Ayawaso Central Constituency said the area in the Accra metropolis has come to be known for all manner of indisciplined acts in the region.

The area is where commercial drivers do all manner of things thereby causing traffic gridlock in the rush hours of the day, he said.

He explained that come next week these will not be countenanced in the CBDs.

He added that what is pertaining at Madina Zongo Junction in the La-Nkwantanang Municipal Assembly will be replicated at Kwame Nkrumah Circle.