Accident: See How People Made A Joke Out Of This Incident

By BuzzingSpank (self meida writer) | 29 days

An accident had happened in Zambia, but the manner at which the two vehicles collided has generated a rather funny reactions from readers.

A Facebook post by Mwebantu was quoted as saying "A Toyota Surf and Toyota Hilux have been involved in an accident along independence avenue near Evelyn Hone College", the picture was credited to one Mulu Wamfula. 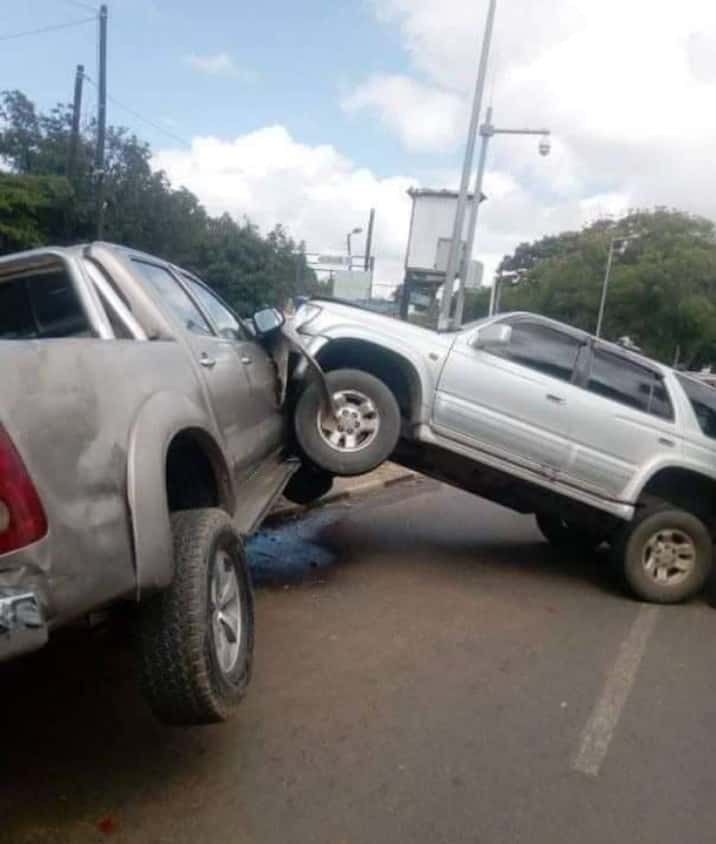 In the picture posted, it appeared one of the vehicle bashed into the other making its front wheels to be suspended. This was the aspect that caught readers attention as the scene looked like it was a fight.

However, comments from readers who said they were eye witness indicates that there were no deaths from the accident.

According to Kennedy Chikumbi Junior, he wrote "I think Toyota Surf may have started the Fight, thinking it was the Prodigal Son "TOTOTA" who has been Moving around Tarnishing the name of the TOYOTA Family. This is a Clear Act of Intent".

See more of the comments below. 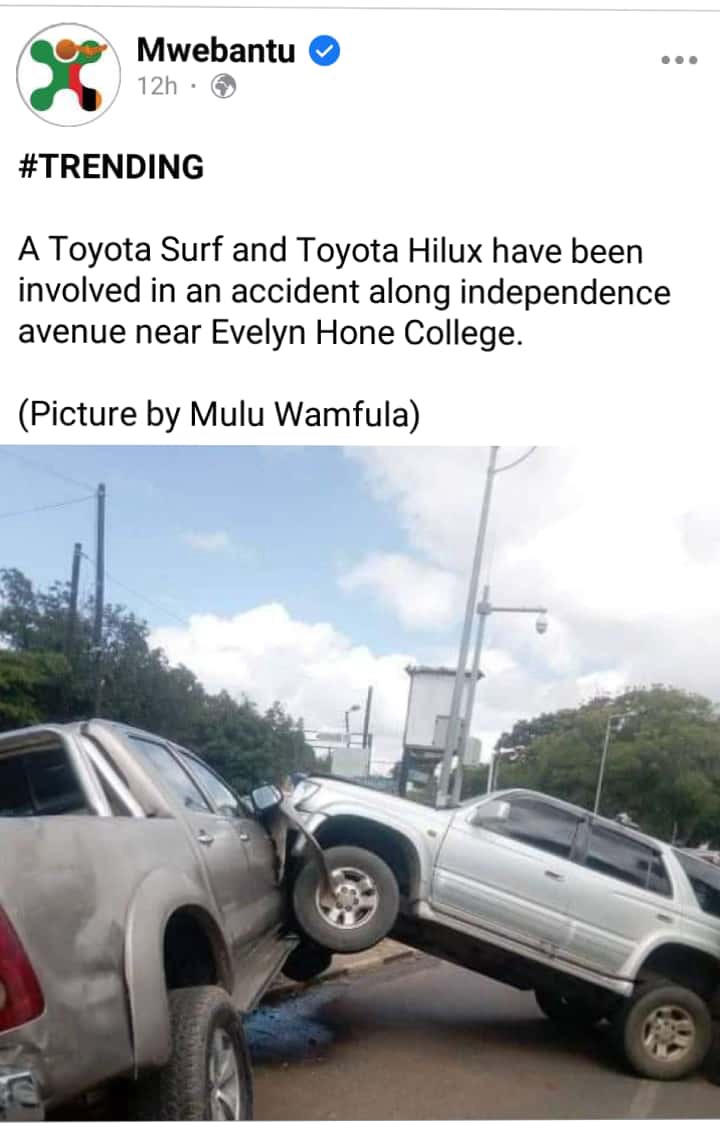 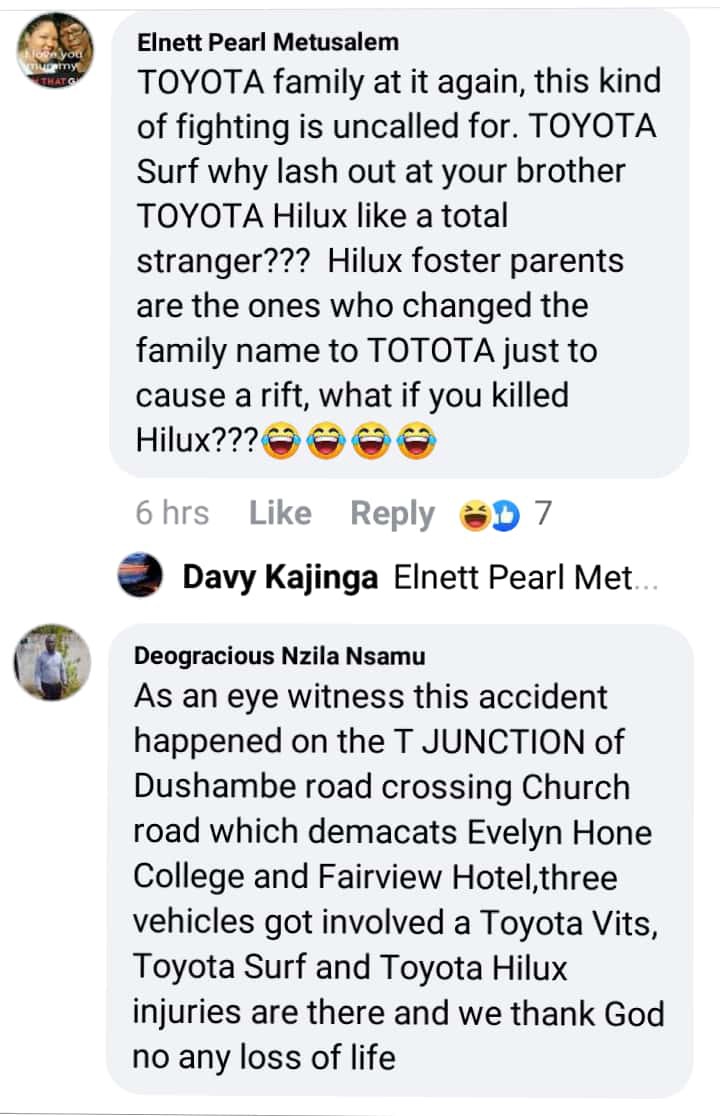 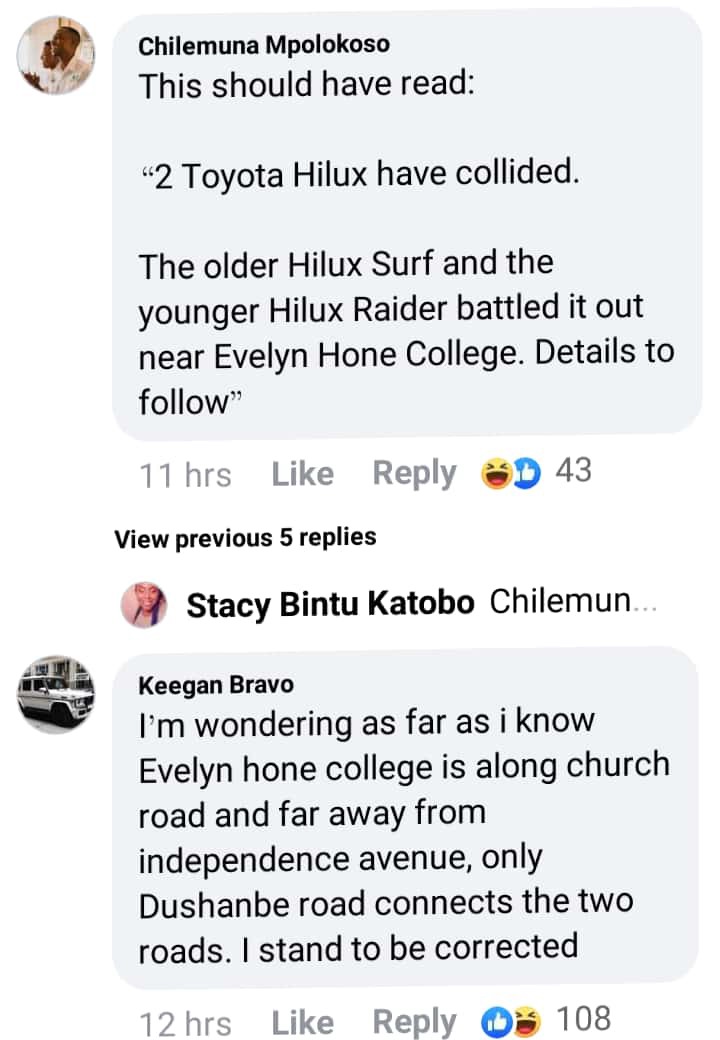 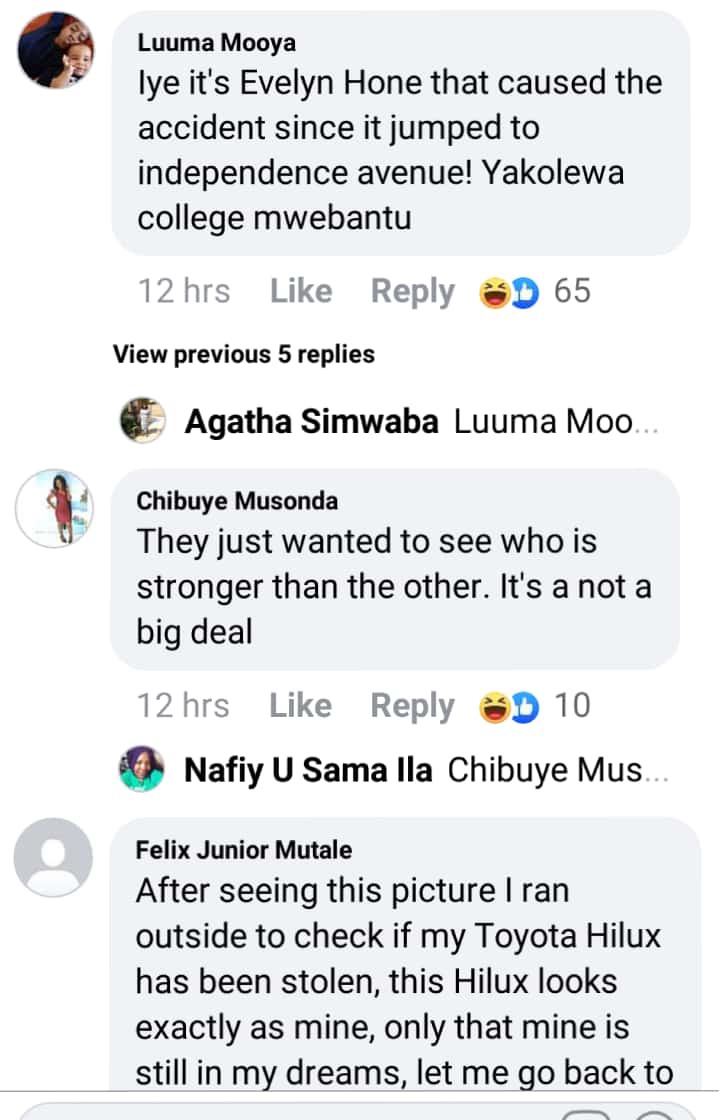 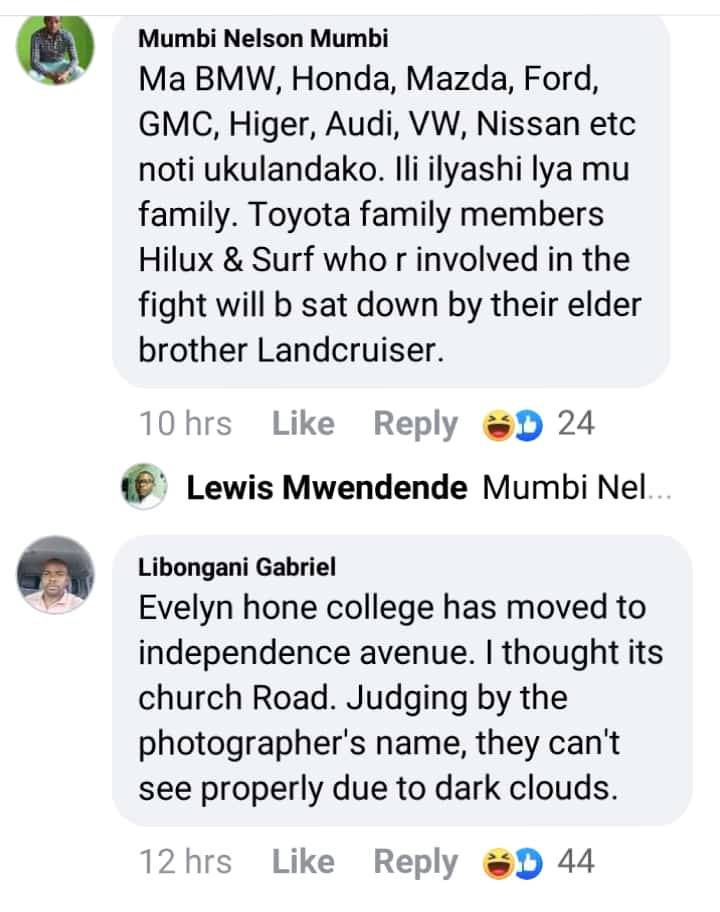 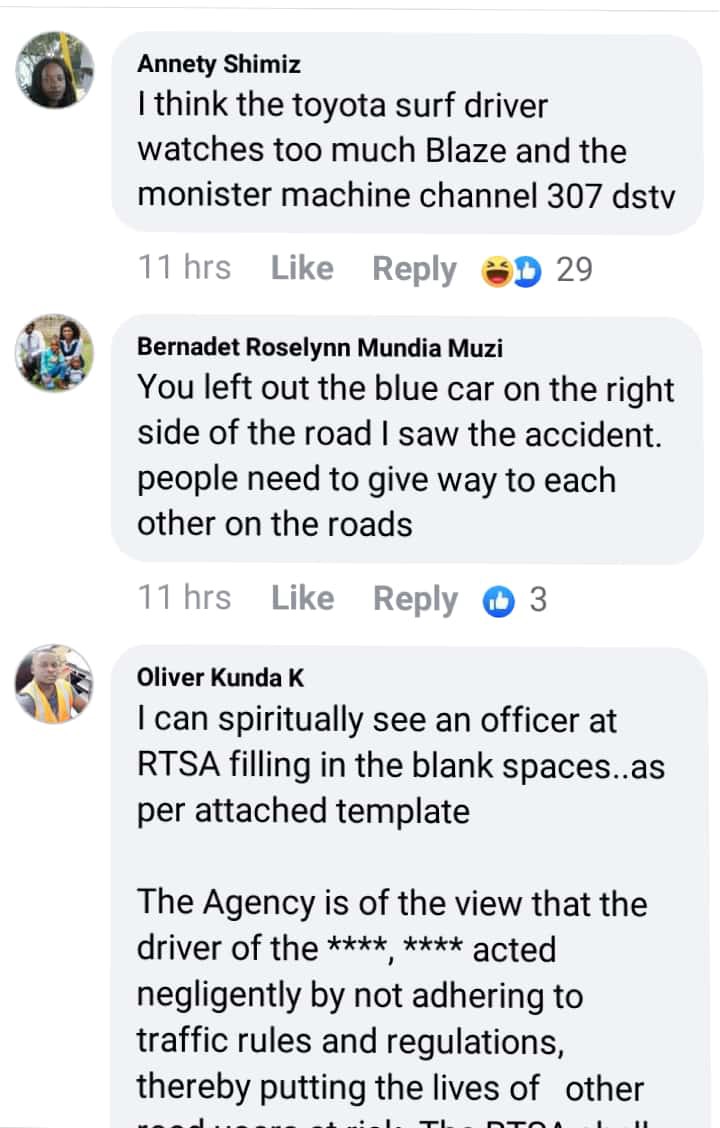 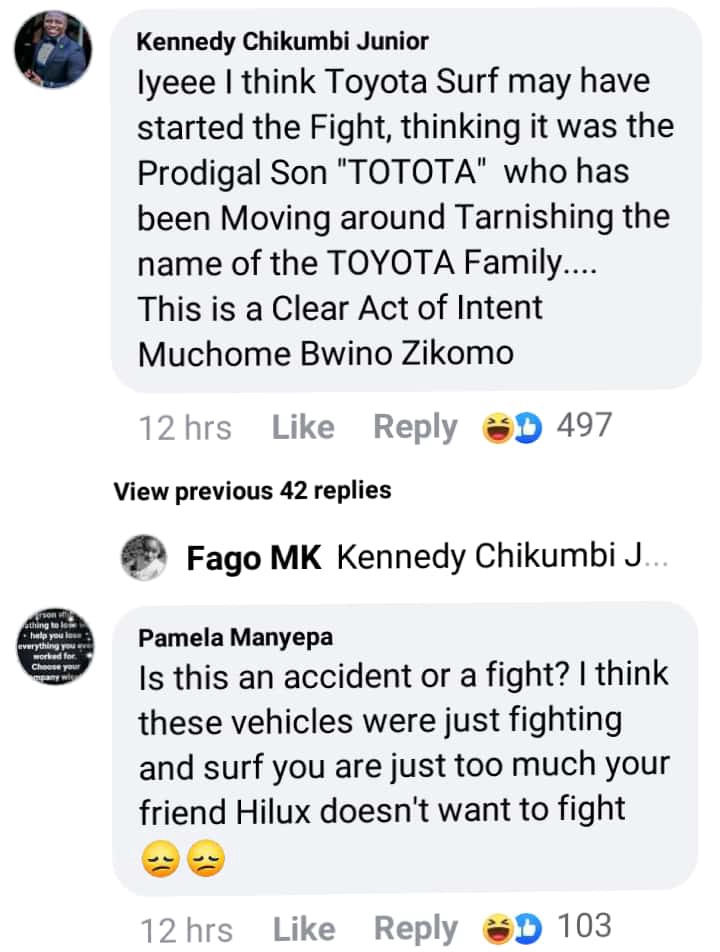 Sad News As Another Terrible Accident Happens At Kyekyewere