Family of abandoned sick relative shows up at hospital after hearing she’s dead, but she was alive 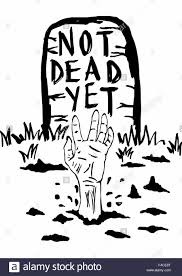 There’s a popular Akan proverb that goes like “Family loves the dead”.

What happened in Afrancho in Kumasi, a suburb in the Ashanti region explains the above old saying.

A 43-year old woman who fell ill and was admitted to the Afrancho hospital was completely neglected by her own family members.

The administrator of the hospital, Mr. Twumasi in a telephone conversation with Ali Baba Dankambari on Kessben 92.2, Kessben 93.3 FM/TV Breaking News confirmed the sick woman had been at the hospital for days without any family member visiting her.

According to the hospital administrator, not even water was sent by her family to her while she was at the hospital, not to talk of food.

Mr. Twumasi noted that a good Samaritan who happens to be in the same house with the 43-year-old woman brought her to the hospital and gave contacts of her family to the hospital officials to follow up.

He narrated that several phone calls by the hospital were placed to the family but no response. An announcement was further made by the administration of the hospital about a woman who has passed away at the hospital therefore the family of the ‘dead’ woman should come for the body of their relative.

Immediately after the announcement was put across, members of the 43-year-old woman stormed the hospital to demand the dead body of their relative but they came to meet their relative alive.

Are the family liable for any offence?

Was it a statutory responsibility of the family to take care of their sick relative?

Does the government have any form of assistance for persons in this category?