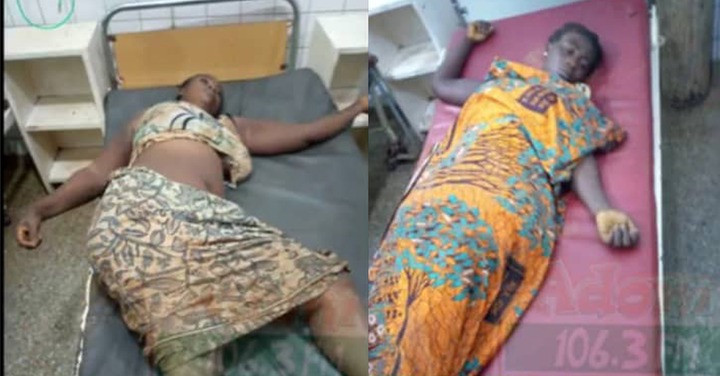 Some affected victims from the disaster

The rainy season is almost here again and Ghana as usual will be experiencing flooding in some communities.

The disasters that accompany the rainy season in Ghana have for many years claimed several innocent lives.

Even as the rains are about to set in, some parts of the country have started receiving sad news.

It’s a difficult moment for residents in the Asutifi South District of the Ahafo Region of Ghana after a heavy storm caused a disaster that has since claimed the lives of some innocent persons.

The sad news was confirmed by Adom FM’s Saturday, May 16, 2021, 6 PM news. Sammy Asare who reported from the area indicated in an update that the incident happened at Amanfrom, a farming community in the Ahafo Region.

He adds that there was heavy rainfall with accompanying storms and thunder that caused some electricity cables to fall.

Unfortunately, the cables fell on the roofs of some houses and that resulted in the occupants running for the lives.

Unknowing to them, the main gate of the house which is made of burglar-proof had been affected by the power in the live cables. The entire house had also flooded in addition and that compounded the situation.

“So when they were trying to run for their lives, they touched the gate which is burglar-proof in an attempt to open and the power in it electrocuted them. The house had also flooded and that worsened the situation. In all, twelve persons were in the house. Seven out of the number have been confirmed dead whilst the rest are receiving treatment at the hospital”. Sammy Asare confirmed on the Adom FM news.

In pictures that were displayed during the news, two females could be seen lying on a hospital bed. According to reports several homes were affected by the downpour and many residents have been rendered homeless.

It’s difficult to control natural disasters such as this, but the National Disaster Management Organization (NADMO) can assist the affected residents with relief items to cushion their destroyed properties.

The country must institute measures to ensure disasters are prevented as the rains are about to set in.