In Kumasi, police have apprehended a man who murdered his pregnant wife.

By Magnificent (self media writer) | 1 month ago 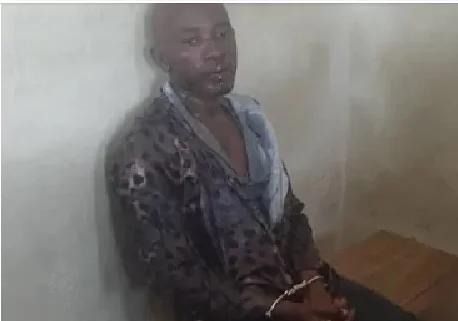 Maxwell Boadi, 40, was arrested in Kumasi on Saturday for reportedly murdering his pregnant wife, Priscilla Owusu, 31, in Nyankyerenease, Kwadaso, a Kumasi suburb.

According to the police, Boadi was apprehended at his hideout in Kodie, Kumasi.

Police were on the lookout for him after he allegedly stabbed his wife, Betty, in the neck and fled in the middle of the night on Saturday.

Betty, a mother of two, was three months pregnant at the time of her murder, according to reports.

After his landlord claimed to have seen him fleeing the murder scene, police recovered a knife Boadi reportedly used to attack his wife and were on the lookout for him.

The police had retrieved a knife Boadi allegedly used to stab his wife and were on the lookout for him after his landlord claimed to have seen him escaping from the murder scene. He is now in prison.

Content created and supplied by: Magnificent (via Opera News )