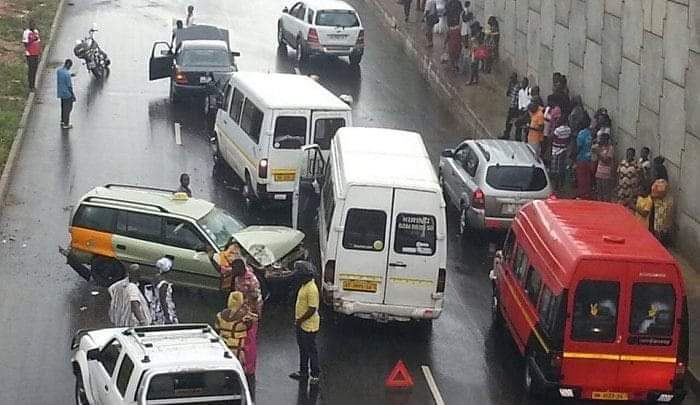 Four drivers are causing massive traffic on the East Legon road which leads to Accra after some of them mistakenly caused a road accident this dawn. Ampaabeng is a taxi driver who loads from Legon university small gate to Okponglo. He was chartered by one of his customers, a university student who wanted to come for lectures early in the morning. Ampaabeng was on his bed when the woman called him to come to pick her from her house. He drove to the area and on his return, his car crashed a Mercedes sedan which was parked in the middle of the road. The Mercedes was navigating the roundabout at Okponglo stretch when he broke down in the middle of the road.

Ampaabeng was coming straight and thought the Mercedes was going because it had no taillights signalling of its stressed state, and that forced him to crash the car. He was in seat belts, as his passenger too was, and that saved them both from injures. Two sprinter minibus who were following each other simultaneously also caseed into the accident between the taxi and the Mercedes sedan, and their people were injured with minor injuries. This caused the two sprinter drivers to exchange angry words at each other.

The second sprinter following the first sprinter blamed him for not looking ahead, and if he did, he would have seen the accident and have avoided it. Whiles the first sprinter also blamed the second sprinter of been careless, if not following him like a chicken, he wouldn't have crashed him also. Their anger rose tension as they tried turning that into a physical fight but passengers of both cars were able to restrain the two drivers from fighting. 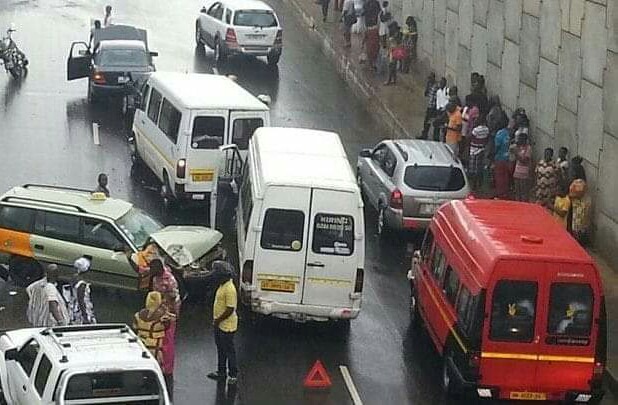 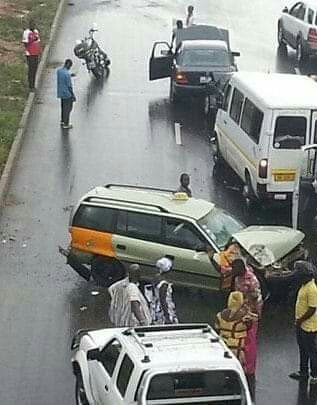 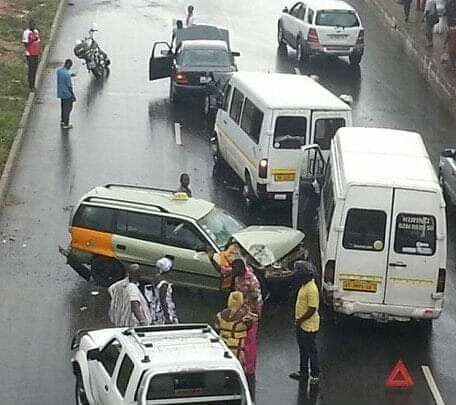 5 beautiful female bodybuilders in the world