Umoja: A township for women

By Yelloworange (self media writer) | 18 days ago 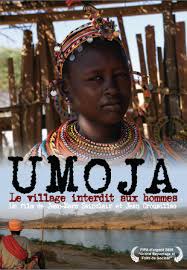 Umoja Uaso which means unity in the Kiswahili language is a very small village in Kenya. The village is an all-female matriarch village located near the town of Archers Post in Samburu County, a few kilometres from the capital, Nairobi. It was founded by a woman named Rebecca Lolosoli, a Samburu woman, as a sanctuary for homeless survivors of violence against women, and young girls running from forced marriages. The village also takes in runaways or girls who have been thrown out of their households, raises orphans, abandoned children and children with sexual infections.

The houses are surrounded by a fence of thorns and barbed wire. The people of the village have an objective to improve the livelihoods of women due to rampant poverty and counter the problem of women being abandoned by their families. The women of the Samburu people do not agree with violence and the traditional subordinate position of women.

The women of Samburu are not allowed to own land or other types of property, such as livestock. Women themselves are considered as property of their husbands. They can be subjected to female genital mutilation, forced marriage with the elderly, rape and domestic violence.

What actually led to the building of the township was when a case was brought up against the British military for the rapes of over a thousand Samburu women. The case was cleared. These women were abandoned by their husbands because they were considered to be defiled. The men drove the women out of their houses fearing they would now contract sexually transmitted diseases from their raped wives. They formed Umoja. Inhabitants in the community must all wear the traditional clothing and beadwork of the Samburu people. Female genital mutilation is outlawed in the village just as men are. However men are permitted to visit the village, but not allowed to live in Umoja. The men who were raised as children in Umoja may sleep in the village eventually they are taught room obey their women. The woman of Umoja are described to be very brave because of this sole action. It was practical impossible to be an outspoken women in those days

In response to their action some men established their own, unfortunately very unsuccessful villages nearby. The men tried to set up a rival craft business or would try to dissuade tourists from stopping at Umoja. The women eventually bought the land the men were occupying. 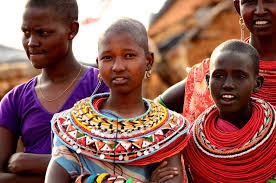 The villagers first started out by selling vegetables they bought from others, since they did not know how to farm themselves. That was not very successful, and the village turned to selling traditional crafts to tourists.

In traditional society, children are engaged in tending livestock, but in Umoja, all children can get an education. There is a primary school that can accommodate close to fifty children. The village has also been able to open a nursery school.

Residents of the village go to other villages to promote women's rights and in order to campaign against female circumcision.

Their governmental body is made up of women of the village gather under the tree of speech to make decisions for the town. Lolosoli serves as the chairperson of the village. All women in the village have equal status to one another.

After Lolosoli visited the United Nations, men in the neighboring village filed a court case against her, hoping to shut down the village. Her former husband attacked the village, threatening her life. For a time, the women fled the village for their own safety.

The women of the village currently own the land.

Content created and supplied by: Yelloworange (via Opera News )