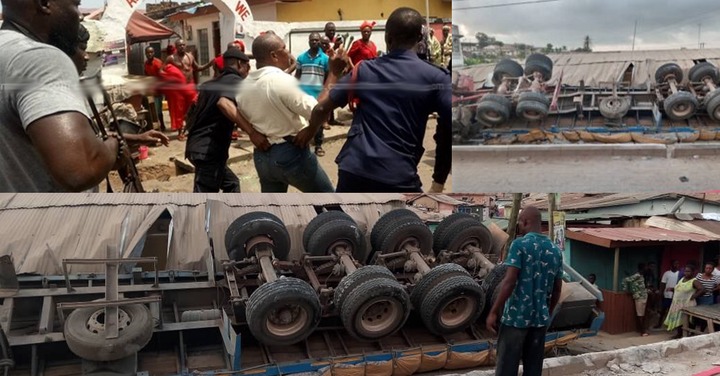 He had loaded about one thousand bags of cement on his flat body vehicle from a factory at Beahu in the Ahanta West Municipality of the western region. His destination was the Liberia camp in the Central Region where the goods will be offloaded. Upon reaching Inchaban in the Shama District of the western region where the old police barrier was situated, the driver, Francis Akyerefi lost control of his flat body vehicle with registration number GT 8117-X.

The end result was sad because the vehicle veered off the road and fell. Unfortunately for him, the flat body and the bags of cement landed on the passenger side. A young man whose name has been given as Abeka Odoom was at the time standing at the location waiting for a vehicle for work. The cement truck fell on the young man leaving him in a sad situation. 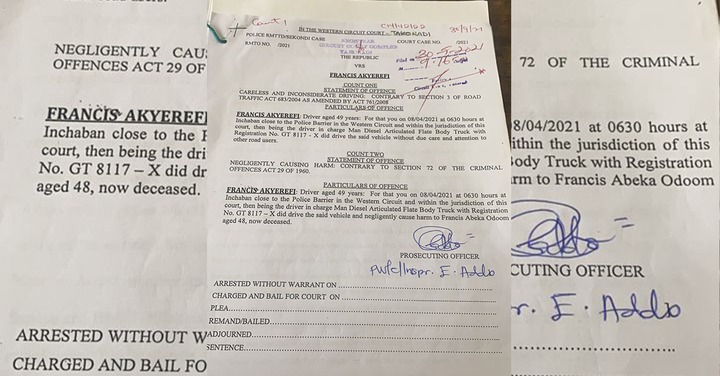 The police, fire service, and many others provided assistance for the cement to be offloaded. Abeka Odoom was found lying helplessly. He was quickly rushed to the hospital where doctors pronounced him dead on arrival. Apart from this, a church building that was sitting just beside the road was also destroyed.

The founder of the church, Mr. Christopher Aikings estimated his building to be GHC 40.000 and demanded that the driver should refund the cost. The driver was arrested and hurled before the Takoradi circuit court. He could not refund the GHC 40, 000 and had killed an innocent person at the same time. His woes worsened and the laws caught up with him. 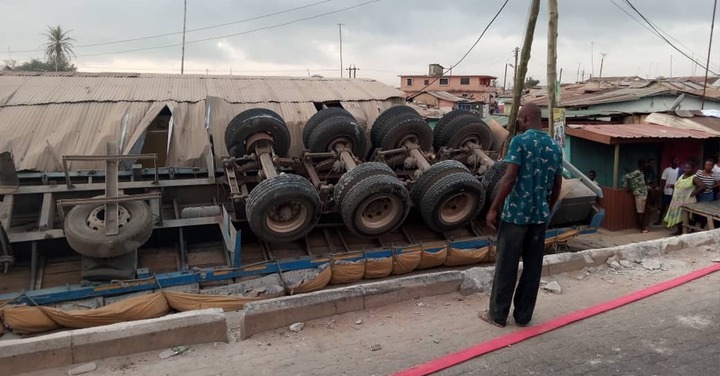 The prosecutor indicated that the negligence of the driver caused the death of the young man and the destruction of the church building. The driver was charged with negligently causing harm, careless, and inconsiderate driving. He pleaded guilty to the offenses and confessed that he had a steering loss and that caused the accident. He begged the court for forgiveness but that did not wash. He was sentenced to three years in prison and a fine of 100 penalty units, failure will land him to two more years in hard labor.

This is an unfortunate situation that has happened to Mr. Francis Akyerefi. He never anticipated that the failure of his steer would land him in such big trouble. This should serve as a caution to all drivers that nobody is above the laws and once it is broken, the punishment will be offered. Driving with care will save millions of lives.