By KofiLegit (self meida writer) | 3 days

Following the recent Incident which has virtually gone viral across all social media platforms, where a young man was spotted allegedly beating his mother surfaced online fee hours Ago. Finally he has been captured by the village vigilante group, for him to answer to his crimes.

According to video, the woman alleged to his mother was crying and trying to resist him from kicking and blowing her face, but she couldn't because she is old and has a fractured leg.

However, Some members of the vigilante groups captured him, then tied him up to a tree and gave him the beating of his life. As it can be seen through the Photos shared in this article, where he was pleading for mercy, but they turned deaf ear and kept beating him, to serve as a lesson to him for mercilessly beating his mother.

Meanwhile, the reason why he mercilessly beat up his mother is still not made known, but many have condemned what he did, adding that there is nothing that the mom will ever do to him, that will make him beat her in that manner.

"This happened in Ogidi, Anambra state, a boy named "Mr Sunday" mercilessly beating his mother with the collaboration of his wife, while neighbours were there looking"

"Thanks to the village vigilante for the punishment, but I think he deserves more than the 100 strokes of the Cain he's been given", An internet user said..

Meanwhile, some people are curious to know what was the punishment of his wife, who aided him to beat his mother to the point that she almost collapsed.

Below are the comments of some of people who expressed their dissatisfaction over what he did: 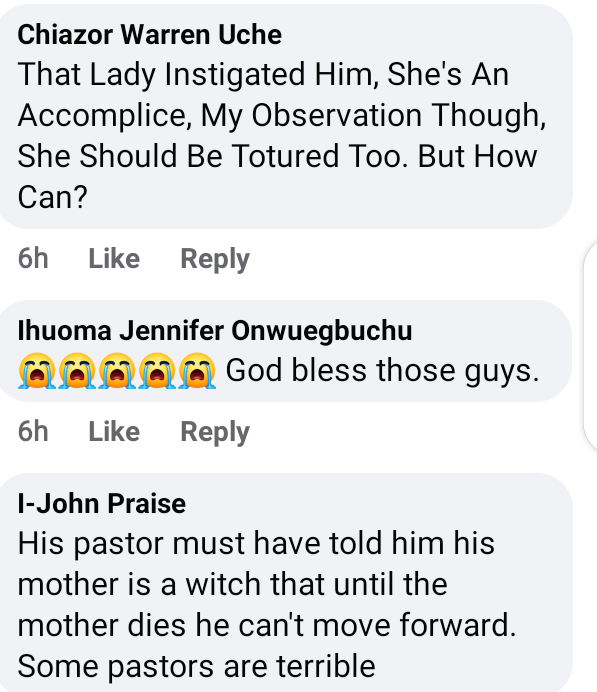 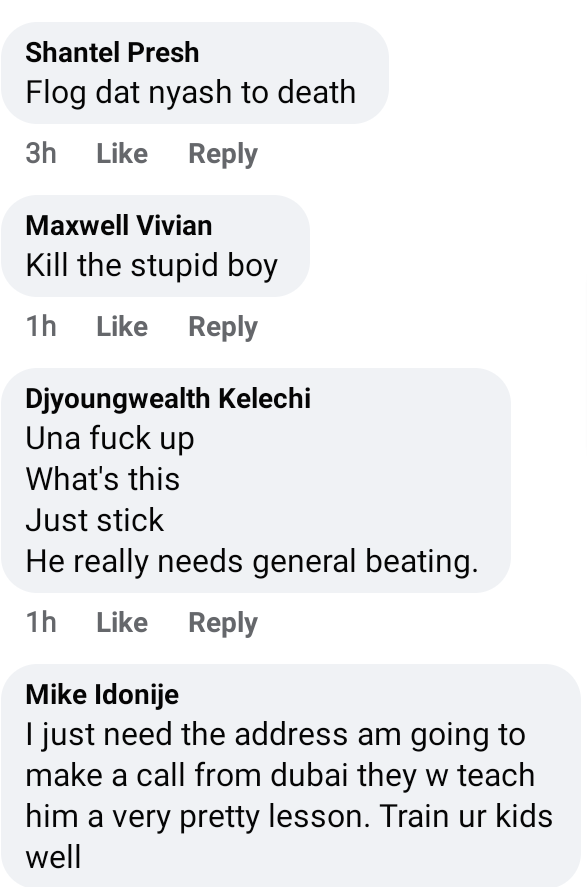 Below are the Photos gathered from the video footage: 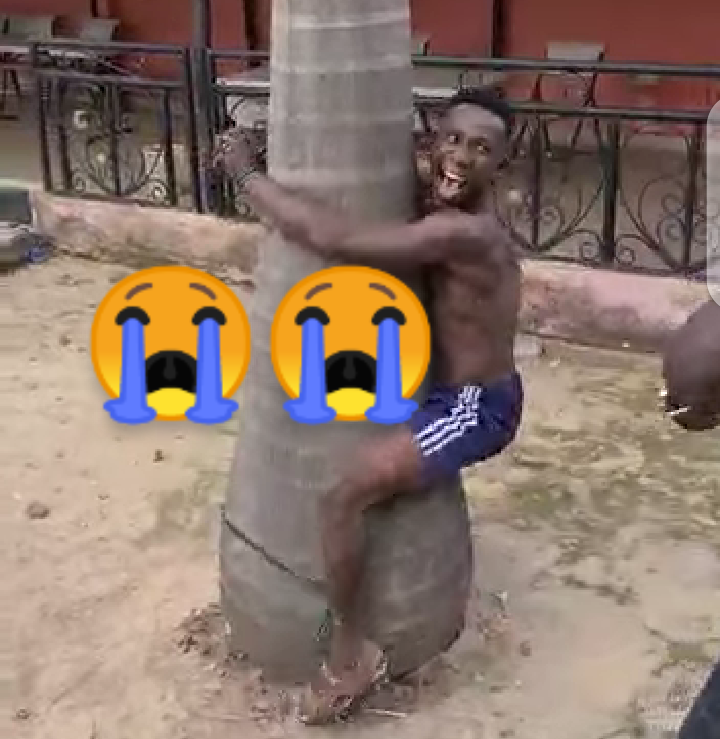 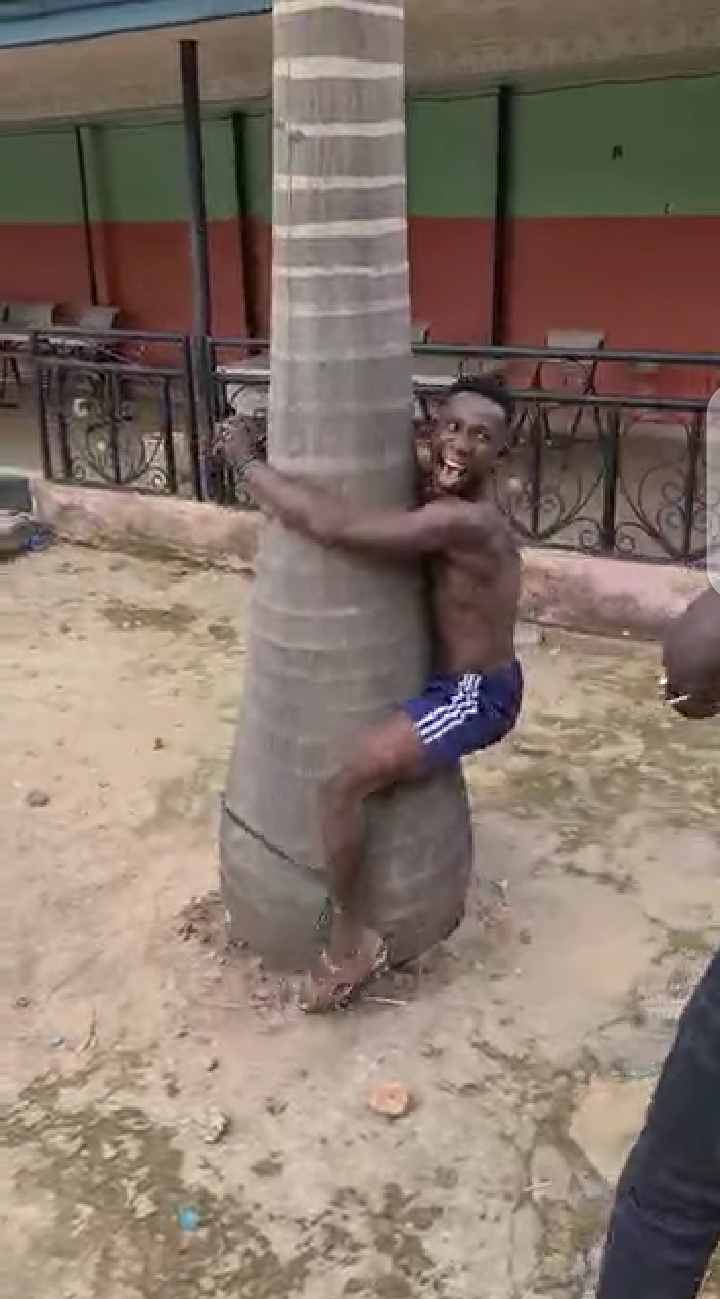 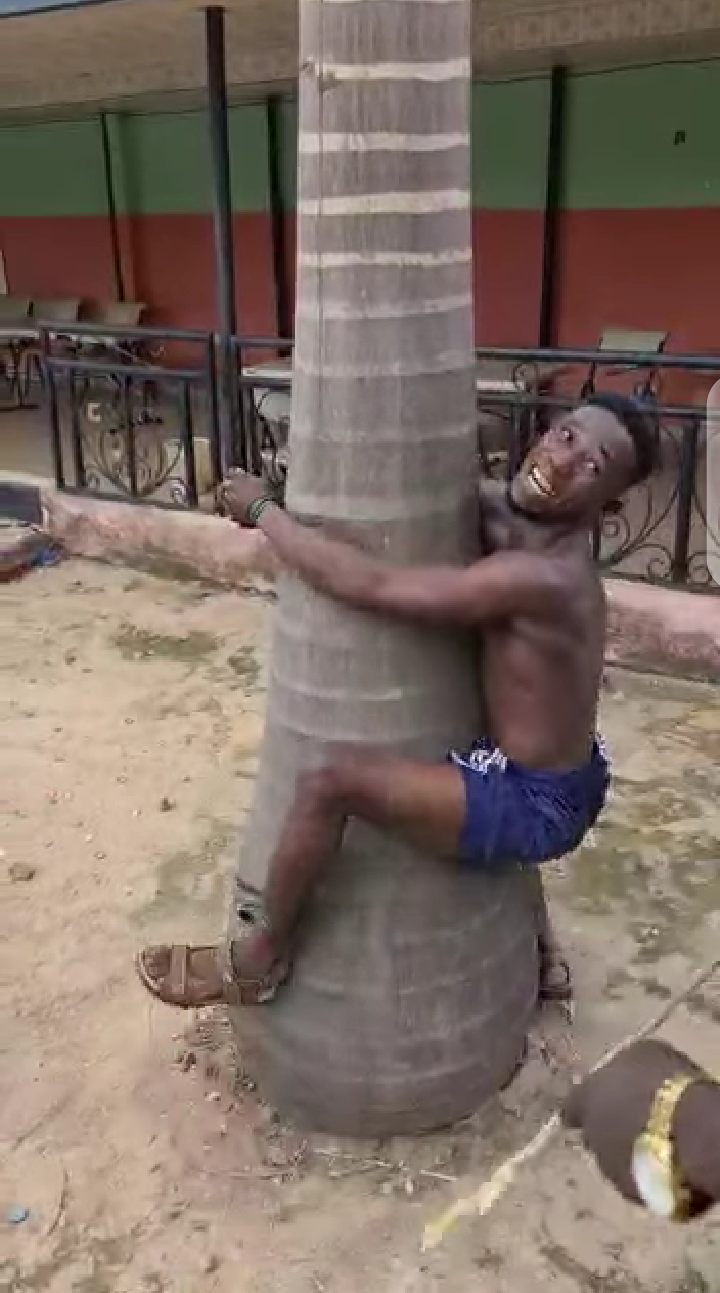 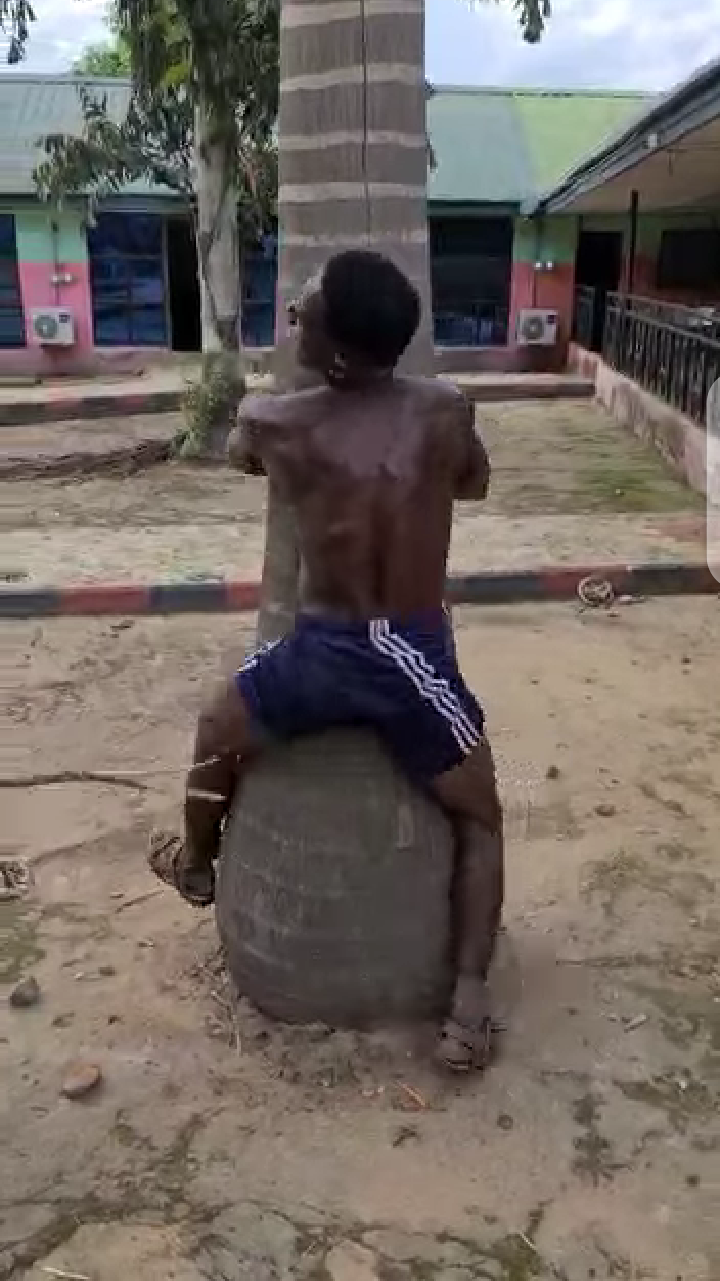 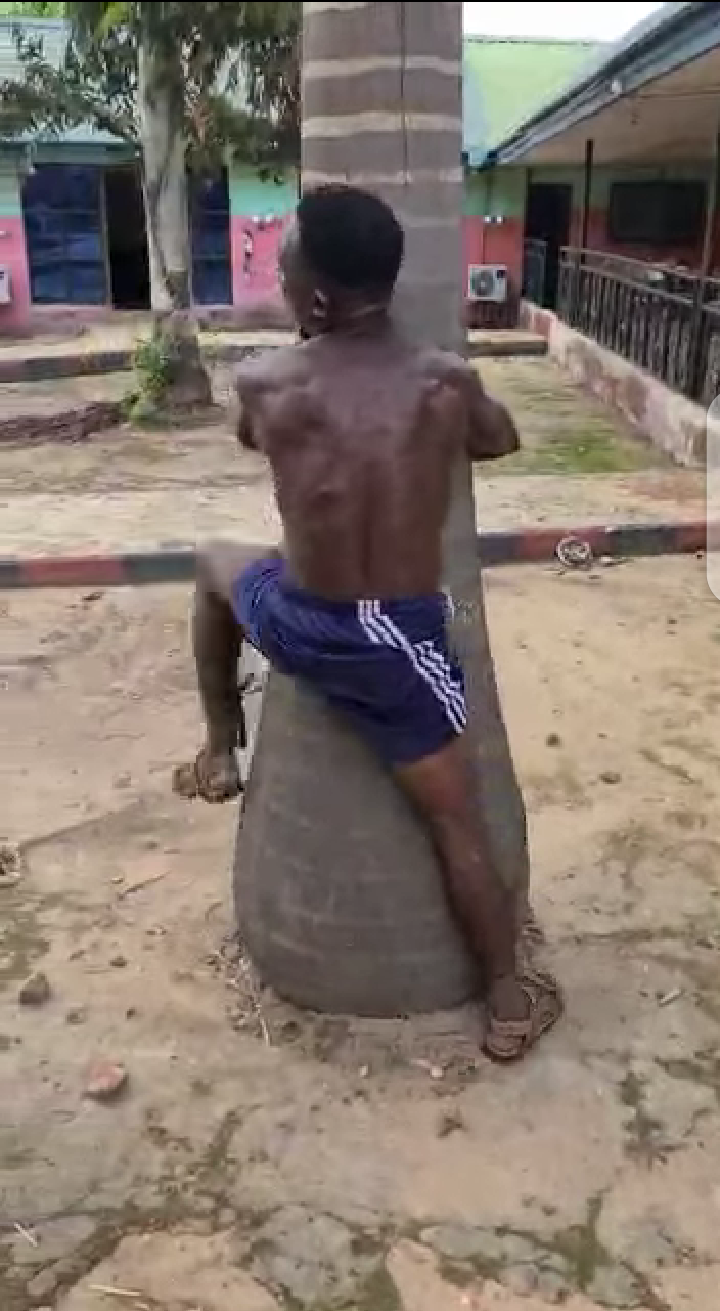 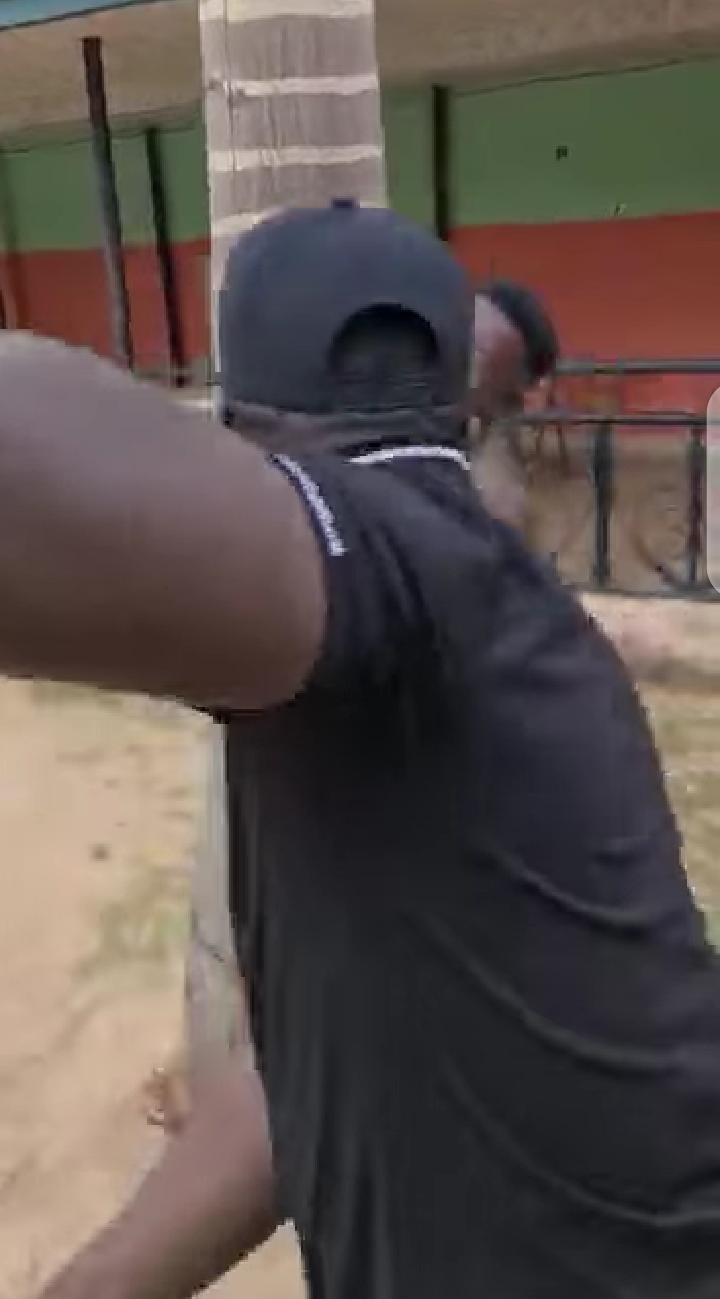