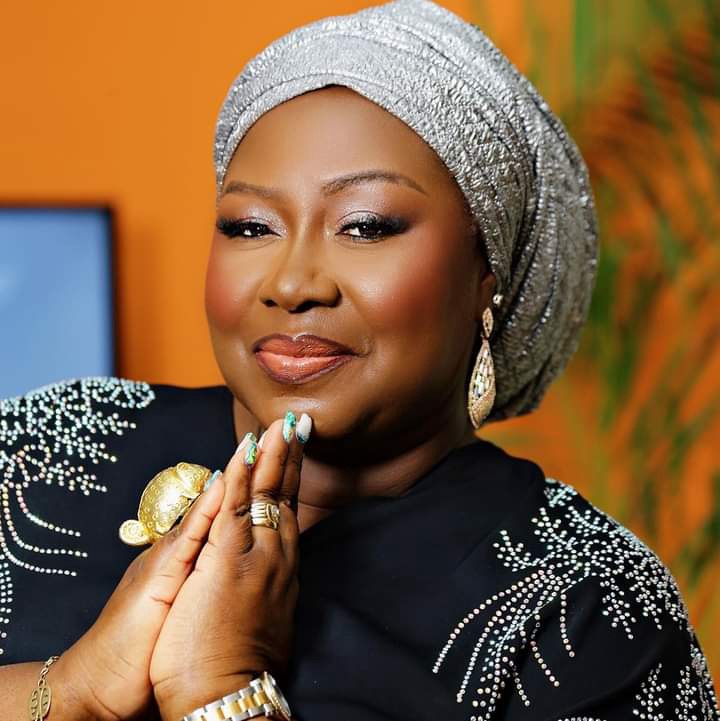 Veteran broadcaster and Gender Activist, Gifti Anti, has taken to social media to narrate a horrible ordeal of one of her staff who was drugged and robbed of his belongings in a Kasoa - bound trotro which he joined in his attempt to get home from work last night. The said staff whose name the former GTV News anchor has not disclosed is currently receiving treatment and Doctors have run a series of tests on him so as to unravel the substance that was used to drug him.

Relaying the trotro driver's account of the incident, Gifti Anti, in a Facebook post said some boys who are believed to have masterminded the attack boarded the vehicle around West Hill Mall and got down a few minutes later. The driver after getting to his last destination noticed the victim who was the only one left in the car was fast asleep and attempted to wake him only to. realise he was dazed. Eventually, the victim whose phone and wallet were taken managed to get home but collapsed later and was rushed to the hospital

The host of Standpoint is grateful that beyond the dazing, her staff was not harmed and has urged the general public to be on the lookout for each other in every situation. 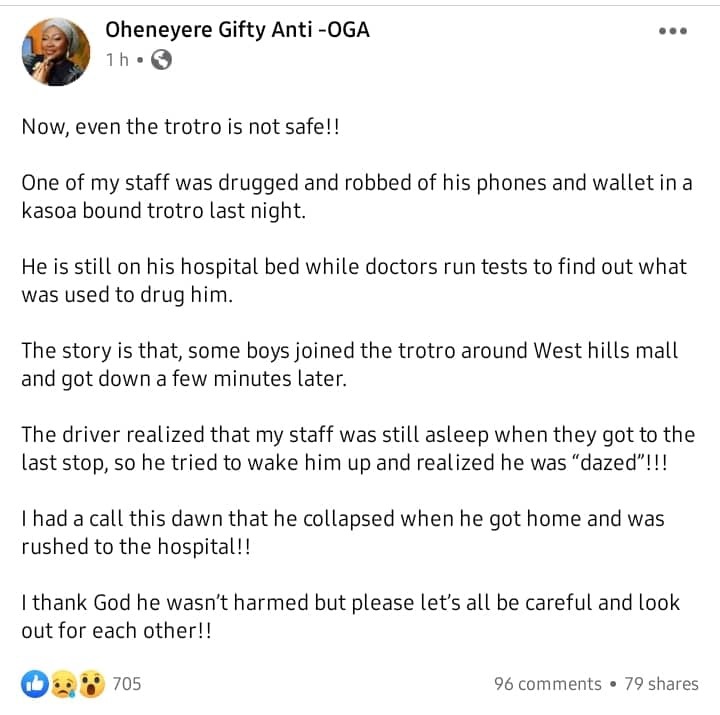 Treat Stroke And Other Serious Ailments With Plantain Leaves And Save Time, Energy, And Resources.