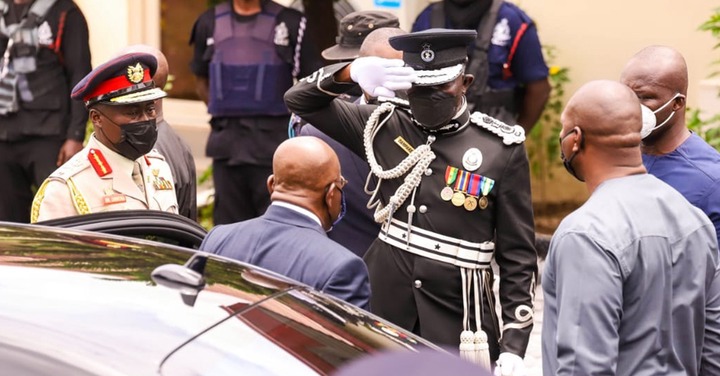 There are some moments in life that come once in a time. These moments are mostly unforgettable and the mark they leave in the minds of the individuals involved cannot be quantified. The acting Inspector-General of Police, COP George Akuffu Dampare has had one of such unforgettable moments during the 50th course to commission some cadet officers at the Ghana Police Academy.

A lot of things happened on the day but the memorable ones include the moment President Nana Addo Dankwa Akufo Addo applauded COP George Akuffo Dampare for his effort in fighting crime after being appointed as the acting IGP. He also received good news after the President assured him that he will soon offer him the opportunity to serve as the substantive Inspector General of Police. 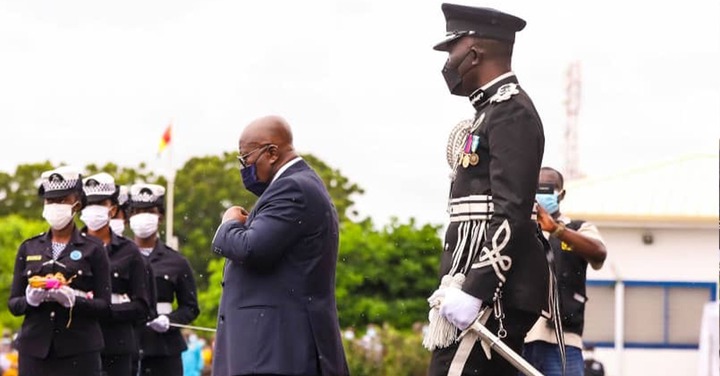 As the Inspector General of the Ghana Police Service, he received the President when he arrived at the scene. Soon after the vehicle of Nana Addo Dankwa Akufo Addo landed at the Police Academy premises, COP George Akuffu Dampare approached and saluted him. From the look of things, it was the IGP who was the first person to have saluted the president even before he would take his seat. 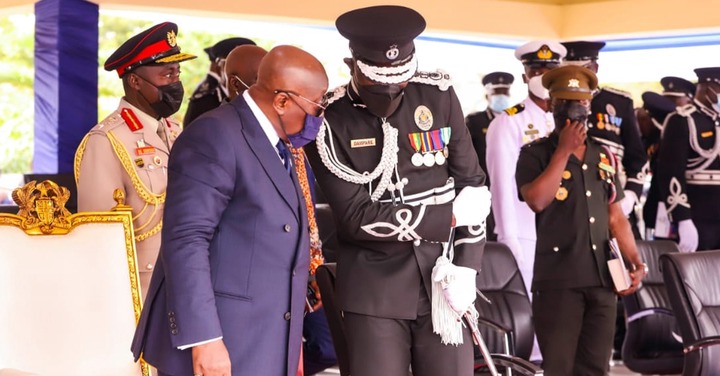 In a picture posted on the official Facebook page of the Ghana Police Service, the IGP in a black nose mask and a beautiful high-ranking police uniform is spotted saluting the first gentleman of the land whilst the bodyguards watch on. Nana Akufo Addo who was excited about the gesture could be noticed having a quick chat with COP George Akuffo Dampare. 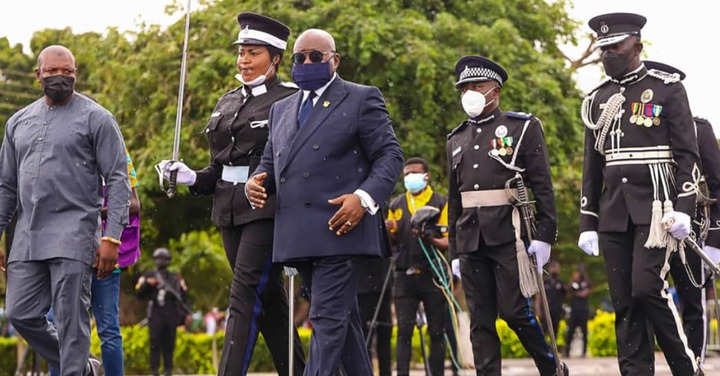 Both of them proceeded to inspect the parade afterward. They could be seen having healthy discussions, even though the chat remains a secret between them, it is clear they were discussing issues about security in the country. These memories will forever remain among the two. Also at the ceremony were some former Inspector General of the Ghana Police Service.