There has been viral response to the video that showed that, one of the new ambulances bought and meant to carry people needing healthcare, are rather been used to chart 16 bags of cement. 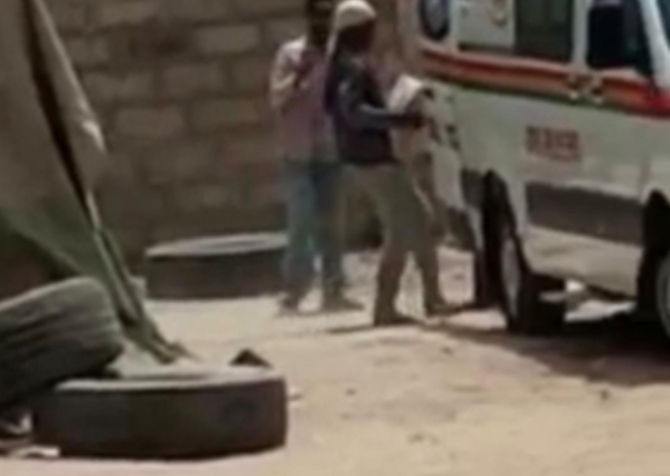 The National Ambulance Service (NAS) statement asserted that, the said ambulance was in the custody of its supplier, Service Ghana Autogroup Ltd, as it was due for servicing and its statement read that, “The said suppliers had caused the Ambulance to be sent to its garage to address a minor fault. The National Ambulance Service had earlier declined to take custody of the vehicle because of the said fault." 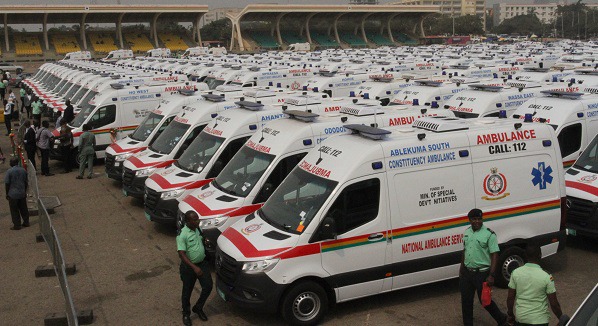 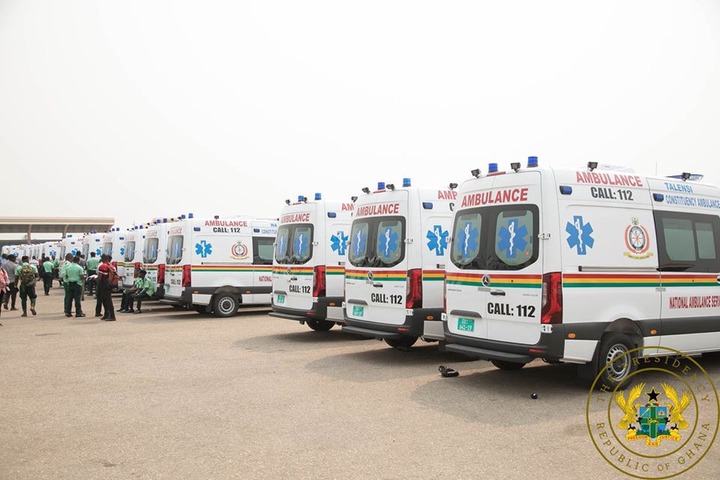 Speaking on the Eyewitness News on renowned Citi FM to Umaru Sanda, the Head of Public Relation, Simmons Yussif Kewura, asserted that, one Nana Ofosu, a mechanic of the garage drove the ambulance towards the Mallam-Kasoa-Winneba Road on a test drive after the repairs and it was at this moment that, he used the vehicle for his private purposes, which was used to eventually chart the 16 bags of cement.

The issue has generated several backlashes however, and to many, these conclusions are clearly indicative of a sherking of responsibilities on the part of the National Ambulance Service and they must show leadership. On the same Eyewitness News, messages from the listeners shared other specific instances, where other ambulances were been used outside of its core message of carrying people needing essential healthcare. 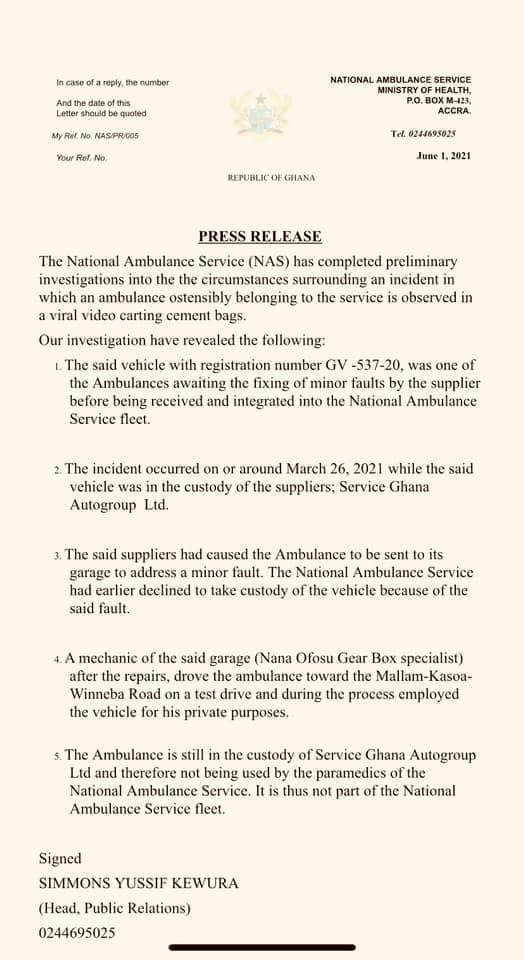 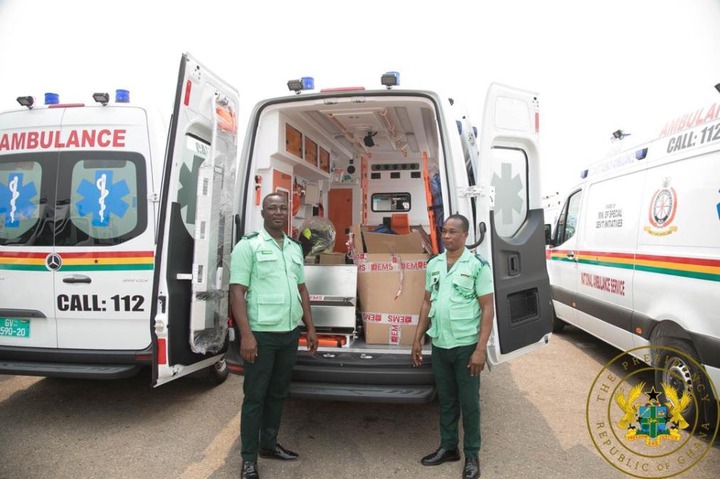