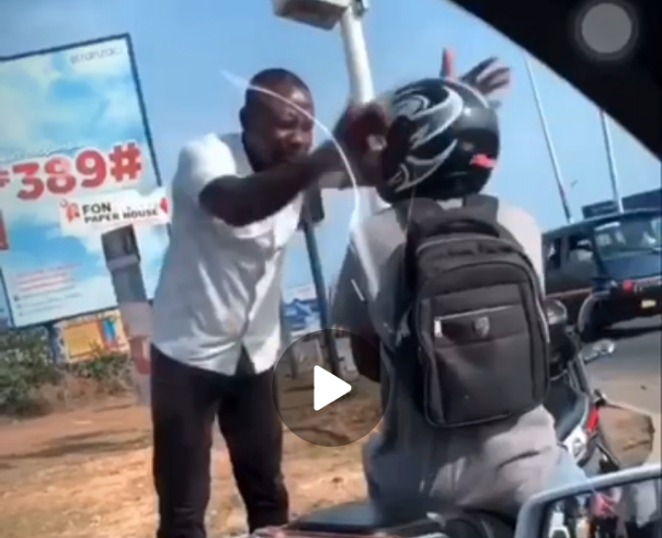 Okada rider fighting with his passenger over money in Accra.

An unidentified commercial motorbike (okada) rider was captured on camera fighting with his passenger over money in Accra.

From the footage, it happened, from the initial conversations prior to the fright, that the rider mentioned an amount of money which the passenger found to be too exorbitant. As a result, the passenger pleaded with the rider that he should reduce the amount he wanted to charge.

However, the rider insisted with explanations that prices of fuel and diesel have increased and for that matter there is no way he was going to decrease the the amount he had charged. 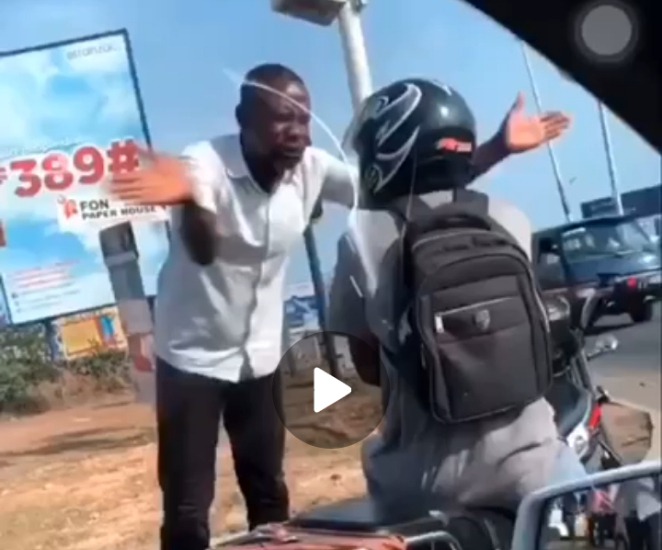 Passenger stretching out his hands to slap the head of the okada rider.

Suddenly, the passenger, who had already alighted from the motorbike stretched out his two hands and slapped the head of the okada rider whilst he wore his helmet. 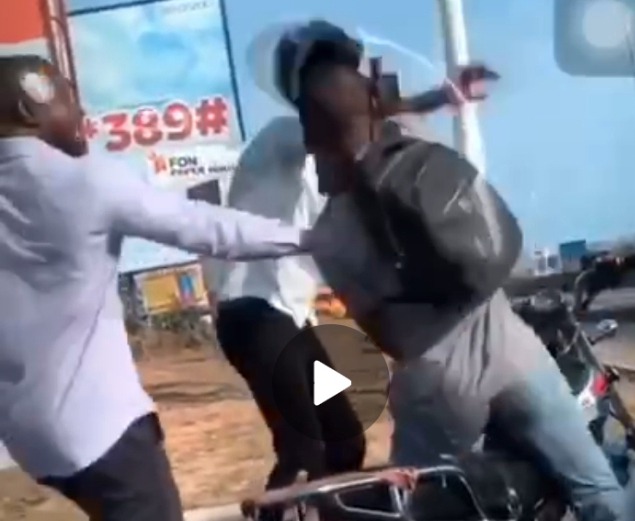 Okada rider retaliating by taking off his helmet to hit the passenger.

Meanwhile, the okada rider who could not resist that temptation also took off his helmet and made attempts to hit the passenger with it, and the whole scene resulted in a heated fight; which invited another man who was passing by to resolve the fight.

Would you blame the passenger for starting the fight, or you would blame the okada rider for not restraining himself?

Fix Your Attitude: See How Some Ghanaians Are Abusing Road Safety Signs With Posters

The Legend Of Madam High Heels

5 habits that block answers to our prayers.

When a fish is about rot, it starts from the head - Alhassan Suhuyini speaks figuratively