A 10 year old girl dumps her step-brother into a well out of jealousy and frustration.

By D.Richard (self media writer) | 1 year ago

A 10 year old girl in the person of Suliya Abubakar has been reported to have thrown her step brother of 20 months old into a well. The 20 months old boy was identified as Usman Abubakar. The incredible and unfortunate event is said to have materialized in Nigeria, to be specific, behind Central Mosque, Akure North Local Government Area of the state. Below are other websites which have also reported the unfortunate incident. 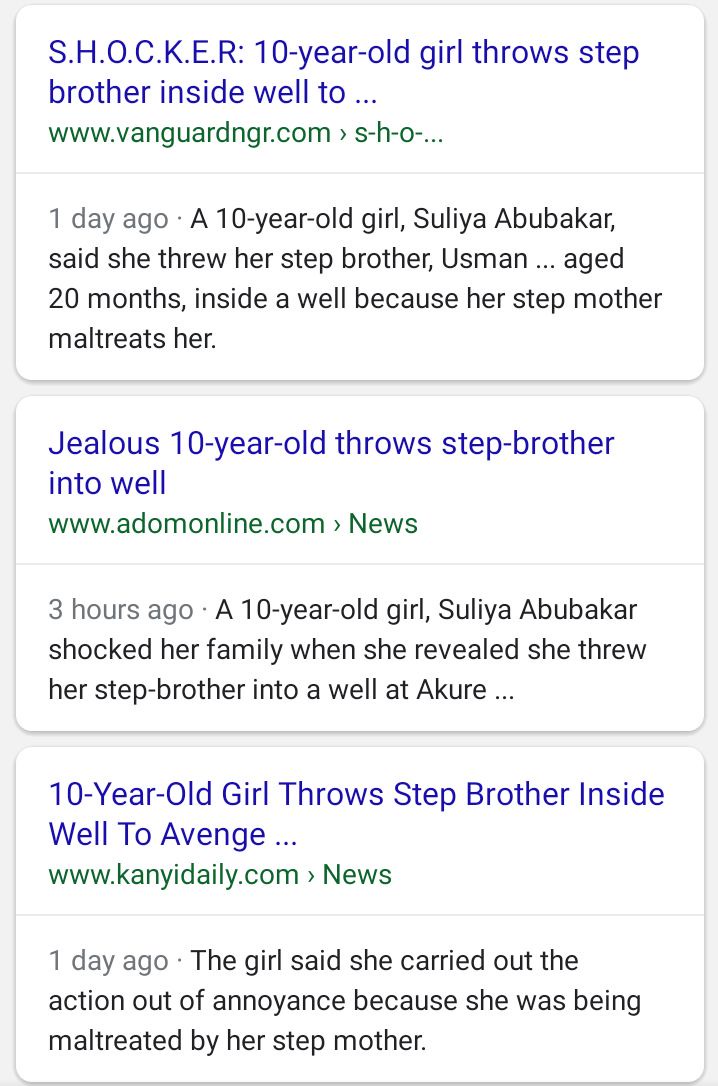 Whiles the 10 year old girl was apprehended together with 34 other suspects, the young girl admitted having committed the crime. Her actions stems from the maltreatment she received from her step mother. Feeling unloved and frustrated, she threw her step brother into a well but she said she never knew that her act would translate into the untimely death of her step brother. The young girl said:

“My mother was separated from my father and she has given birth to nine children for my father and two died. So Usman's mother is living with us now and she cooks for us.''

“They love Usman more than me, whenever he passes faeces or urinate on my food, his mother will say I should eat it like that, that nothing will happen to me. Usman's mother will only remove where the faeces is and instruct me to eat it like that and any day I did not eat the food she will beat me.”

“So, on the day the incident happened, it was night and he had faeces on his body and I was told to fetch water from the well to wash his body. As I was going to fetch water,he followed me and I threw him inside the well and informed my father that someone with ‘Hijab’ came to kidnap him.” 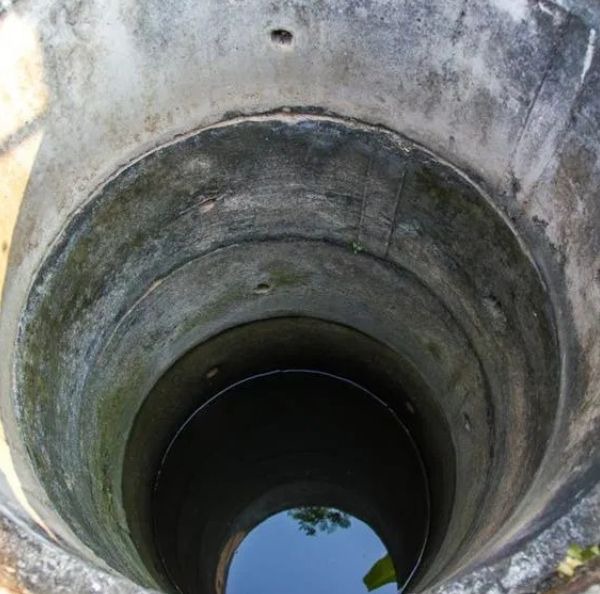 The 10 year old girl indicated that she decided to confess her crimes when her mother and her friend were accused of fake kidnap. The corpse of the toddler was withdrawn from the well later.

This story should serve as a lesson to mothers who maltreat children from different mothers. Though the girl’s crime cannot be justified, the step mother’s maltreatment of the girl played a key role in the perpetuation of the crime by the young girl. Let me use this as an opportunity to say this to mothers outside there. Mothers, love not only your children but also children from different mothers for if you do so, God Almighty would bless you as well.

Content created and supplied by: D.Richard (via Opera News )