Young men in Sefwi Dwaboso Nkwanta in the Western North region have been charged against the Police in the area of the arrest of an alleged armed robber. A few days ago, a mobile money vendor known as Robert Frimpong was attacked by four armed robbers after he had closed from work and was returning home. The 29 years old man was beaten and killed by the four men. They again took away the money from him. 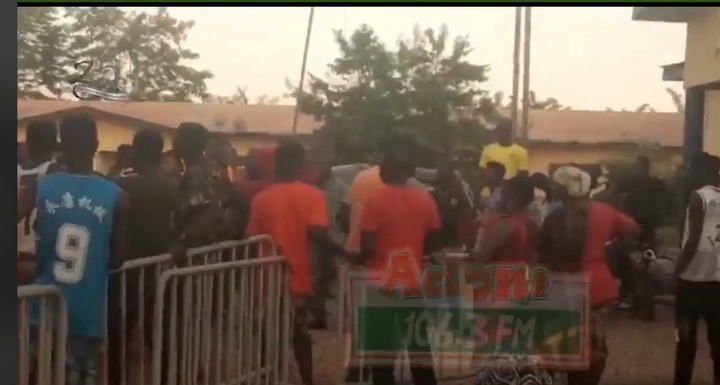 This evening, the Dwaboso Police gathered intelligence and arrested a 34 years old man by the name of Fredrick who is alleged to be part of the gang of four men who stole from and murdered the mobile money vendor. As a result of this, the young men in the area in anger thronged to the Police station demanding that the Police release Fredrick to them so that they will deal with him themselves. 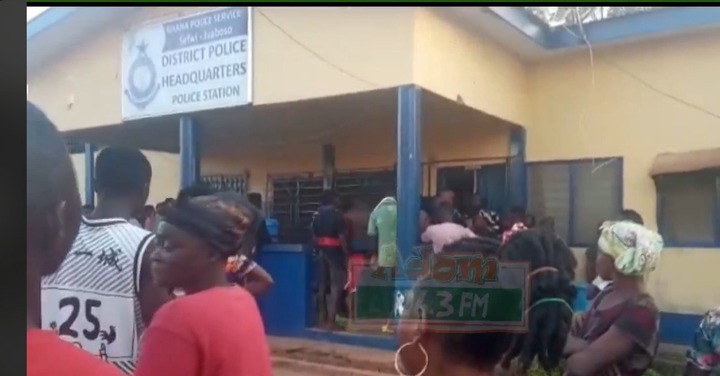 The Police as a law enforcing body told them that they will in no way release the suspect to them. The young men rushed to the Police station with stones and stick and kept throwing them on the roof of the Police station. Later on, the Policemen gathered information that some persons have poured petrol behind the police station. They have therefore called for reinforcements from the Western North regional Police command. 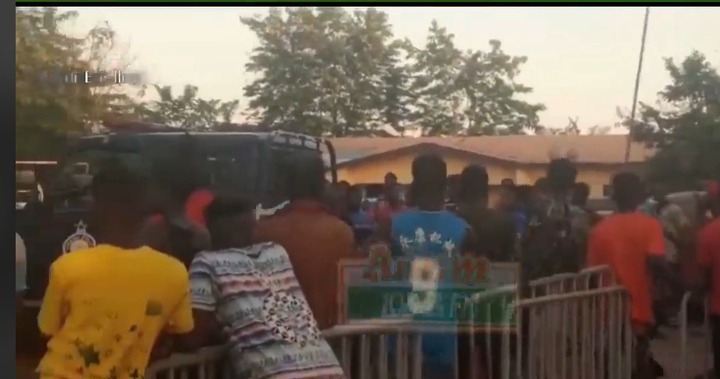 The policemen have locked themselves inside the police station due to the fierceness of the young men. The Chief of the town, Nana Adu II gave to the police station together with chiefs to help settle the issues. The Chief quickly left the premises for safety. However, it was reported that a young man by the name of Caleb, slapped the Chief as he tried to intervene. The Police are waiting for enforcement to deal with the situation this evening at Dwaboso Nkwanta.