By Ghana_News (self media writer) | 7 months ago

A family in the Western Region of Ghana has been left traumatised following the death of a loved relative. The sad incident has stired up emotions and many Ghanaians have sent their condolences to the family of the deceased. Ghanaians have began to question how sensitive and responsive our national institutions are during dire circumstances.

According to the report circulating online, the deceased woman who was in labour died due to the delay of the requested ambulance to carry her to the hospital for treatment. The husband recounted how he struggled to get assistance from the National ambulance service yet to no avail and yielded in futility.

Earlier today, January 13, 2021 on the Johnny's Bite, veteran journalist and host of the popular political show, Johnny Hughes made a bold declaration concerning the sad incident. Johnny Hughes has registered his resentment over how the National Ambulance Service attempted to exploit the desperate family by charging huge sums of money.

According to Johnny Hughes, it is disgraceful and act of dishonesty for public officials to take advantage of dire situations to exploit the general public. He indicated that, Ghana should not be experiencing such situations in this dispensation. He believes that such actions should not be condoned by any citizen, while admonishing the leaders to be responsible.

Johnny Hughes called for a thorough investigation into the matters leading to the death of the innocent woman. He believes that a stringent punishment should be meted out to the irresponsible officers of the ambulance after the investigation. 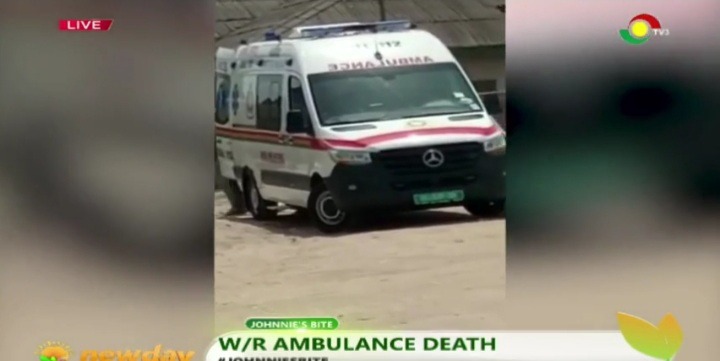 Speaking further, Johnny Hughes recounted how his close friend shared a similar story to him. He revealed that it is sad and disgraceful to see people die because they could not afford to pay for a service that has already been paid by their own taxes.

He said, "What kind of disgraceful attitude is this? How can you charge citizens fuel for an ambulance during such emergencies? It's very shameful to charge fuel for an Ambulance. Most of the people who die in our hospitals do not die because of the illness but because our negligence killed them."