Residents of Eshiem, a suburb in the Sekondi Takoradi Metropolis in the Western Region, have staged a protest to express their dissatisfaction with the state of the roads in the area.

In the midst of the burning of car tyres, enraged residents blocked the main road from Mpintsin Junction to Eshiem.

Heavy trucks transporting sand from a nearby business, they say, have contributed to the road's degradation, causing massive potholes.

The furious demonstrators, dressed in red headbands and attire, chanted war songs to express their displeasure.

The youth of about six communities along the Inchaban Junction to Manso road in Sekondi-Takoradi embarked on a road protest, despite city authorities' pleas to clear the road for free traffic flow.

The arrested youth maintained that they would only clear the road until they saw machines and other rehabilitative equipment on the scene. 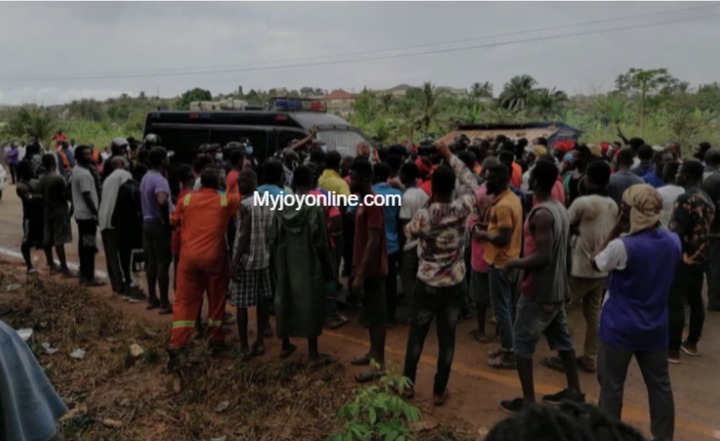 “We support the protest because we are human beings, and our children walk to school on this path. We are being suffocated by the ashes. This morning, we're in the red and won't stop until the road is repaired. The problem gets worse if it rains,” one of the protesters lamented.

They've promised to keep protesting until their roads are repaired.

Trucks were stuck in the middle of the lane, making it impossible for other road users to get to their destinations. 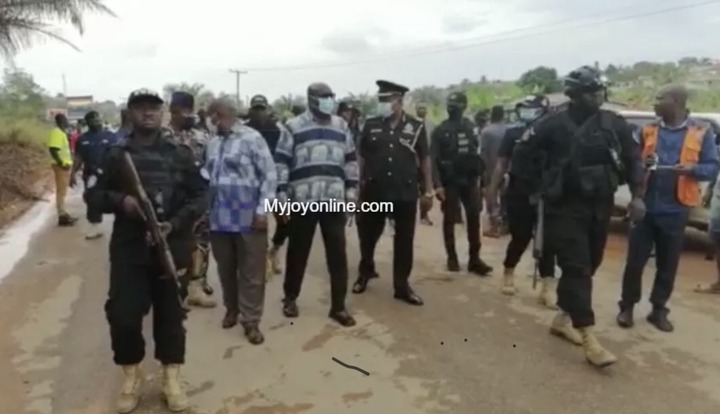 However, Isaac Akumatey Nyameke, a stranded worker in one of the communities, believes the protesters should have taken into account the workers in the area.

“Blocking the road for nearly a week would have an effect on our lives because these communities along the road are a free zone and most people have their source of income here,” he claims.

Kofi Badu, an opinion leader, said that they had written many letters to the authorities about the subject, but that their efforts had been futile.

He expressed remorse and stated that no one will persuade them to end the protest unless there is a concrete plan in place to urgently improve the condition of the roads.