By GHevidenz50 (self media writer) | 2 years ago

This South American country, with a crime index of 77.27, is known for its beaches as well as its violent crimes. In the month of January alone, 872 serious crimes were recorded. These crimes affect the locals and tourists alike. 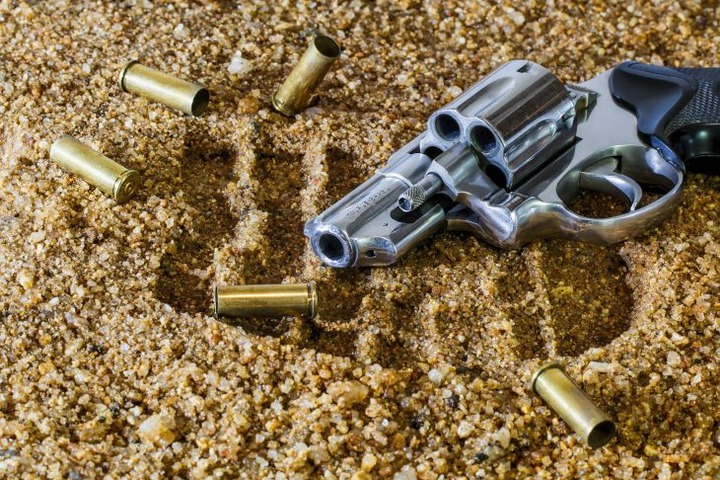 Crimes ranging from murders, attacks, robberies and even kidnapping, can make a visit to the sister islands unless safety measures are taken beforehand, a rather unpleasant one. The more dangerous areas include Port of Spain, South Belmont, Englishman’s Bay, Maracas Bay, and King Peter’s Bay.

In 2012, this Central American country was reported to have the highest murder rate in the world. With a crime index of 77.58, the crimes extend to murders and illegal drug trade. The country has the presence of some prominent gangs. The high rate of corruption is said to be the main reason why it is easy to get away with such heinous crimes.

Even though the crime rate has fallen evidently from where it stood in 2012, there is much to change. We can only hope that the crime rate continues to fall and we can go backpacking all over Honduras enjoying its beautiful beaches and the enchanting landscapes.

Another Central American country, Guatemala is home to rainforests, ancient sites, and volcanoes. Along with the serene sites, the country is home to various serious crimes with a crime index of 77.91 and a history of civil wars.

Corruption is probably one of the biggest challenges the country continues to face. Only a couple of years back, a political crisis shook the country and another corruption-coated political crisis flared in August this year. Other crimes include transport of illegal drugs, human trafficking, money laundering, and kidnapping. Some dangerous criminal gangs are believed to be the reason behind these organized crimes.

This South American country is not only famous for its iconic Christ statue but also for its rising violence. With an average of 150 murders each day, Brazil is facing serious security issues. With various violent gangs operating in the country, the crime ranges from murders, illegal trades, trafficking, and robberies.

The crime clad country has been a favorite amongst movie directors to depict crimes, guns, and gangs. After hosting Olympics last year and Zica virus panic, the situation took a turn for worse with shootouts and increase in drug-trafficking. Even with various military operations in place, things aren’t looking better and there is much work to do for the Government in concern with these never-ending crimes.

Nigeria, a country in West Africa, with a crime index of 78.17, is one of the most dangerous countries in the world when it comes to kidnapping, robberies, murder, and human trafficking. Recently, with the growing activities of terrorist organization Boko Haram, has made the country unsafe to travel.

The foreigners, especially, fall victim to kidnapping and robberies. Home invasion is also a quite common problem in the country. Corruption is another added issue. Embassies have issued travel warnings because of all this. In an attempt to curb such activities, the Nigerian police have, only yesterday, directed the Special Anti-Robbery Squad (SARS) to focus their attention on violent crimes.

With a crime index of 78.86, the presence of South Africa in this list should not be surprising. The country has earned a reputation for being dangerous and has held on to it for quite some time now. With crimes ranging from murder, theft, sexual offenses, robbery, carjacking, arson and other related activities have made South Africa a rather difficult place to live in.

The locals have supposedly learned to live with this unfortunate situation with crimes being not investigated to their satisfaction. The locals, even with an overall decrease in crime rate than last year, still feel unsafe, as some South African websites reported.

This Middle Eastern country has been the victim of a civil war for the last few years and has faced deaths in millions. With inevitable war crimes and stronghold of terrorist organizations in the country, the high crime rate is expected.

Criminal organizations recruiting minor soldiers, taking civilians hostages, murdering them, and using poison gas has endangered the lives of thousands and thousands and has successfully made Syria a dangerous destination.

With a crime rate of 81.03, a country in Oceania, Papua New Guinea, is filled with gangsters and criminals. Crimes like robbery, carjacking, and sexual assault pose a serious risk for travelers. The most dangerous areas include Port Moresby, Mt Hagen, and Lae.

Not only are the crime rates high but the criminals are not scared of getting convicted. Clashes between various ethnic groups and unemployment aids to the increasing numbers. Travelers are advised against going out at night until absolutely necessary and are asked to take locals along for road trips. Domestic violence is also at all time high here and women are mostly at the receiving end.

A South American country, Venezuela is known for its largest oil reserves and a crime rate of 82.42. Another victim of an ongoing crisis, the country is economically disabled at the moment where children are starving. With homicides incidents everywhere, Venezuelan Government has stopped publishing official crime data for several years now.

With some areas being dominated by gangs and guns, the estimated numbers have been successful in making the country one of the most violent countries in the world. The capital city, Caracas, is especially known for the growing numbers. A full-blown humanitarian crisis is standing in front of the country right now

The country has faced a crisis since 2013 and thus, a crime rate of 85.49 is more than expected. The question you need to ask is not which crimes took place but which did not. With rape, murder, torture, and robbery; almost every violent crime in the book has taken place here.

The Government soldiers also took part in carrying these crimes against civilians. The conflict has taken millions of lives and distorted the normal life. It is a living nightmare not only for the tourists but also for the civilians.

Content created and supplied by: GHevidenz50 (via Opera News )