By Naposo (self media writer) | 4 months ago

The quick response of the Asamankese Police Petrol Team and officers assigned to the Breku-Manso checkpoint in the West Akyem Municipality of the Eastern Region prevented a couple from being lynched by enraged youth in Owuram who accused them of murdering a 13-year-old girl.

The suspects were soon taken to the district office in Asamankese for interrogation, and the case is still being investigated.

According to the disgruntled youth, as they were covering the deceased's burial, the husband of Obaa Yaa, whose name was only supplied as Kwasi, was observed putting black polyethylene bags containing pepper, a white handkerchief, leaves, and a ring, presumed to be for rituals, inside the grave. 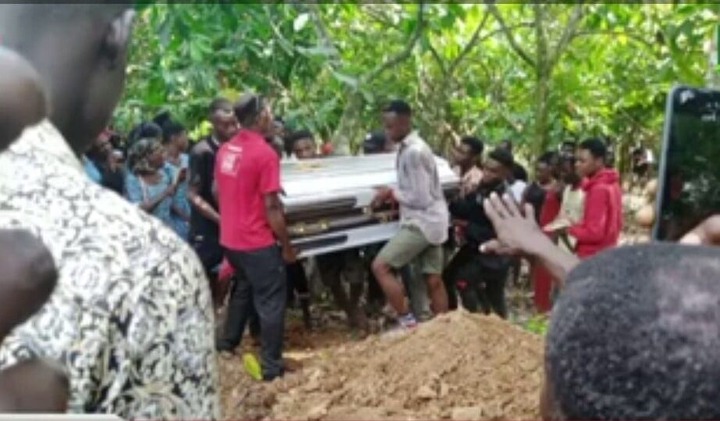 The enraged youth pursued the suspected murderer and his wife, Obaa Yaa, a deceased sibling, with sticks and was determined to lynch and bury them immediately because they believed the couple killed the deceased for money rituals.

The Citizens' Police Force rescued them by locking them in a room near the cemetery, and upon interrogation, the male suspect confessed that his wife, Obaa Yaa, was accused of murdering the deceased, so he went somewhere to find out, and he was directed by a spiritualist to place the black polyethylene bag containing items in the deceased's grave, where, after burial, the person who killed the deceased would be exposed. 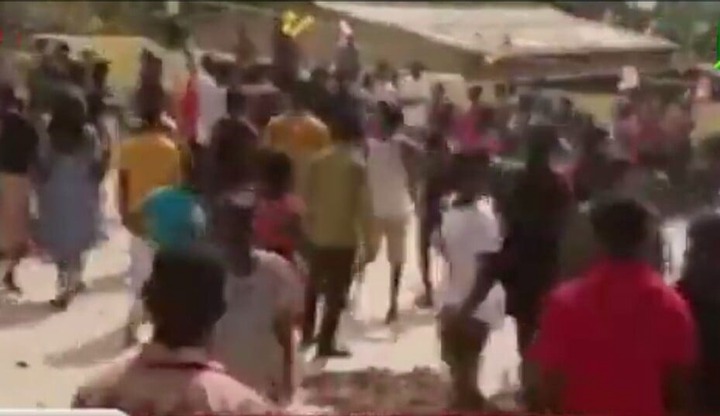 According to the suspect, his wife, Obaa Yaa, who is the deceased's sibling, has been accused of being a witch by her family since he married her and has four children with her.

The youth chased the couples (Obaa Yaa and Kwasi) out of Owuram cemetery on Wednesday afternoon during the funeral of Patience Yeboah Ekpe, a 13-year-old Primary 6 student who died in hospital last week after complaining of a headache.

Content created and supplied by: Naposo (via Opera News )

Could This Be True? ; Government Wants To Introduce Electric Buses Into The Country; Ghanaians React