She Didn’t Buy Or Wear Pregnancy Silicon For 9 Months; She Gave Birth To A Girl: Tadi Lady’s Sister

By DBright (self media writer) | 24 days ago 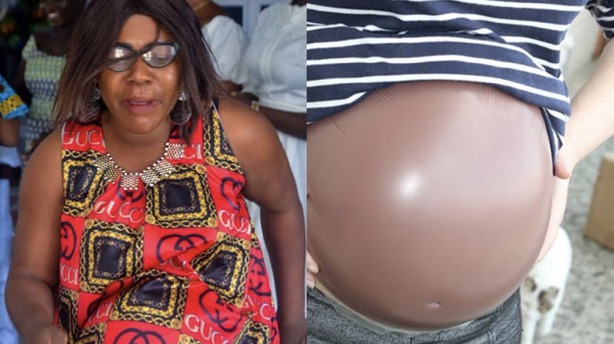 With respect to this, most Ghanaians took the privilege express their immense disappointment in the Kidnapped Takoradi woman considering how most people were worried after the heartbreaking news concerning her abduction popped up online.

The kidnapped Takoradi lady recently was fined an amount of Ghs 50,000 fur allegedly faking her kidnapping and pregnancy at the court prior to her confession.

However, a recent revelation by the kidnapped Takoradi pregnant woman’s elder sister has caused massive reactions online considering how the story had taken an unexpected turn.

Speaking on the most anticipated case on Adom Fm, Alice who is known to be the elder sister of the victim who is now a suspect took the privilege to reveal more secrets about her sister, JOSEPHINE’s pregnancy.

According to her, even though most people especially residents of Takoradi have claimed that her sister had given birth to twins and what not, she emphatically made it clear that, Josephine Panyin Mensah gave birth to a bouncing baby girl and never bought nor wore a pregnancy belly silicon for 9 months.

“They threw her into the bush and then she collapsed. She later found out that, she had given birth even though she was unconscious and tired. The baby died on the spot. She told me that, she saw the baby and it was a girl. She never wore pregnancy belly silicon for 9 months”, Kidnapped Takoradi lady’s sister emphatically revealed.

Do you still believe that, the kidnapped Takoradi woman was forced to confess to the public about her “fake” pregnancy considering recent claims by her elder sister?

Pregnant Woman Killer Escapes Judgement: Poisons Himself To Death In The A/R.