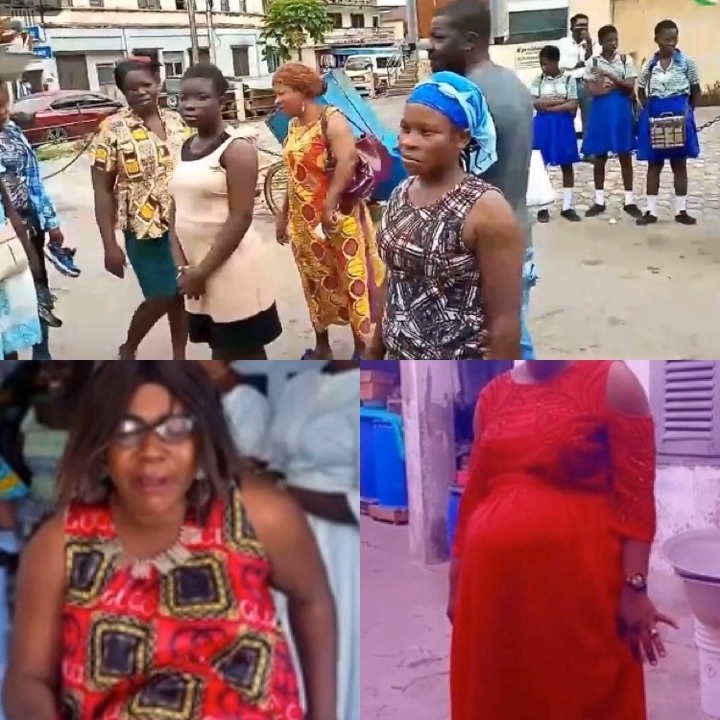 The most anticipated story of the “kidnapped” Takoradi “pregnant” woman, Josephine Panyin Mensah has sparked massive stir, debates and arguments across all social media platforms after she unexpectedly cane out to clear the air whilst emphatically revealing that, she faked both her kidnapping and pregnancy because of her husband.

With respect to this, lots of Ghanaians boldly cane out to express their immense disappointment in the victim who is now a suspect considering how they initially defended her when the sad news concert her abduction popped up online.

Not long ago, the suspect, Josephine Panyin Mensah pleaded not guilty with a fine of Ghs 50,000 after she did the unexpected’ in court as most Ghanaians were also surprised to witness how her trial went on smoothly after a tough couple of days of thorough examination and investigations into her fake kidnapping and pregnancy.

With respect to this, the suspect’s elder sister, Alice who was given the privilege to share her immense opinions and thoughts on the alarming issue revealed all the truth that surrounded her sister’s pregnancy.

Alice later took the privilege to clear the air about her sister’s kidnapping and pregnancy.

”She was in town when they covered her nose with an handkerchief; she later woke up in the bush. The kidnappers shot all the abducted victims and drag their bodies into the bush. They later threw her into the bush since they couldn’t kill her; she collapsed on the spot. She was 9-months pregnant”, the kidnapped Takoradi lady’s elder sister, Alice emphatically narrated.

Whilst addressing the issue concerning the reports about her sister’s fake pregnancy, Alice emphatically revealed that, the doctors nor the police never showed the family any results on all the tests run in their relative.

“The doctor didn’t give us any report on my sister’s ‘fake’ pregnancy; they never met us nor discuss my sister’s condition with us”, Alice emphatically added.

The “kidnapped” Takoradi “pregnant” lady’s sister, Alice also made it clear that, she ran a shift system during when her sister was brought to the hospital for further examination indicating that, she was a trained health professional.

Do you think that the kidnapped Takoradi lady was forced to confess or she truly faked her kidnapping and pregnancy even though most individuals think otherwise?