Father Of Leticia Sheds Uncontrollable Tears In Video; Says His Daughter Was Murdered By An Enemy. 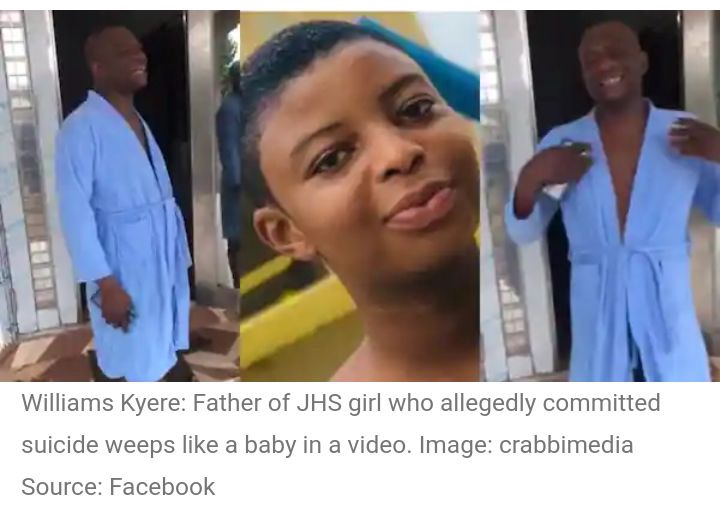 A viral video of the alleged father of Leticia Kyere has surfaced online. The man who is identified as Williams Kyere has also dismissed the claims that her daughter had committed suicide.

Leticia Kyere Penaman, a final year student of Miracle Junior High School was found lifeless hanging in the dinning hall of the school premises. At first, reports had it that Leticia committed suicide by hanging herself in the dinning hall but was later debunked by the mother of the deceased who claimed that the doctor who examined her daughter's dead body revealed that there was no sign of suicide on her, henceforth she was killed before the hanging was done.

In a video alleged to be the father of the deceased, the man who has been identified as Williams Kyere, mourns the unexpected demise of his daughter as he sheds uncontrollable tears. He also indicated that his daughter was murdered by an enemy and hanged to make it look like she ended her own life.

"He Says He Will Never Give Us The Video. We're Still Begging- Interior Minister And IGP Reveals

Enjoy your day with these funny shoes.