If you are a little patriotic, you probably were depressed when you saw the video of how firefighters were struggling to douse the Makola inferno today. You might have wondered what they were really doing, and if their presence was significant at all.

For those who have not sighted the video yet, the best description of what transpired is simply an exhibition of crass incompetence. The fire was at that moment blazing violently on the first floor, while the fire officers were on the street at par with the ground floor. Two of them hold up the fire hose which was oozing with a low pressure water, and struggling to aim at the fire on the second floor. 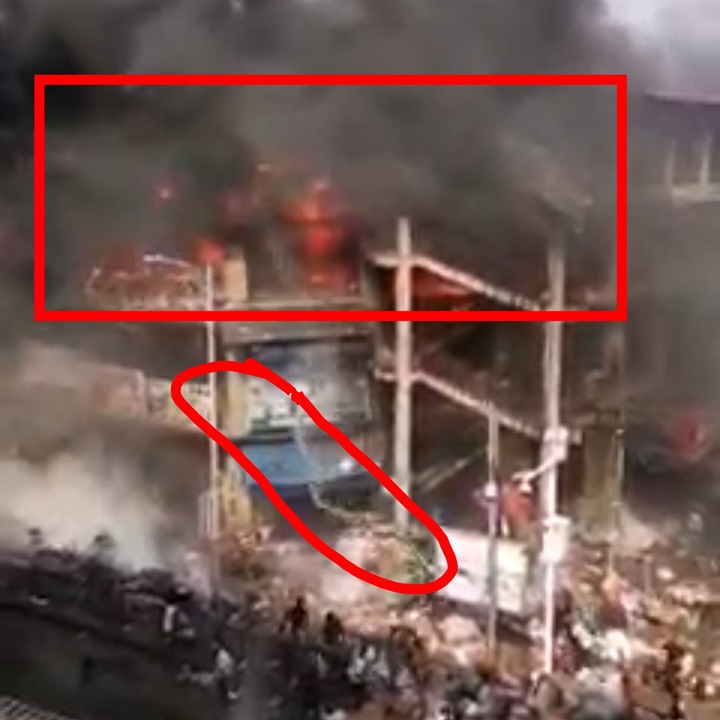 The water was not reaching the intended destination, and the fire was not definitely affected in any way. The helpless officers, realising their fruitless venture had to save themselves the embarrassment. The problem was obviously the lack of appropriate fire tender.

But that was not even the worse display of ineptitude for the day. The Mayor of the Accra Metropolitan Assembly, Mohammed Nii Adjei Sowah was reported to have told a Joy Fm journalist that fire tenders called to douse the inferno happening at Makola had to move as far as Circle and Kaneshie in search of water. These are distances of 6.8 kilometers and 2.8 kilometers from the scene of the fire. 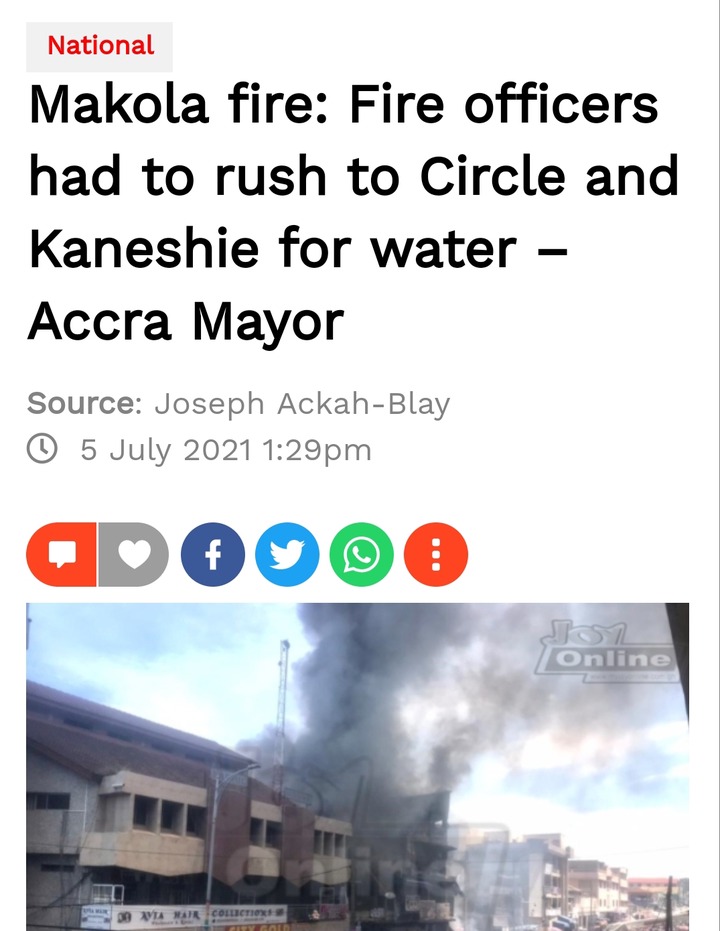 Note the remark of the mayor; "in search of water". The fire tenders were supposedly stationed with empty tanks. One of the cardinal factors in fighting fire is swiftness. You race against time. How can you save traders' properties from fire when you have to search for water?

Well, permit me to say this, without mischief nor trivializing the issue, I found it ironical that, a police tank that is used to fight innocent civilians in Ejura had a fully filled tank, while a fire tender which is used to save lives and properties way empty.

This depicts clearly the mentality of the public service personnel. The one that must be alert and ever ready to extinguish fire was obviously sleeping on the job.

Meanwhile, eyewitnesses at the scene compliant of the calibre of firefighters deployed at the scene. They say lots of them are old and were inactive when they arrived. It has to take some traders to support them with ups and downs in fighting the fire.

But this is Ghana. Nothing surprises us anymore.