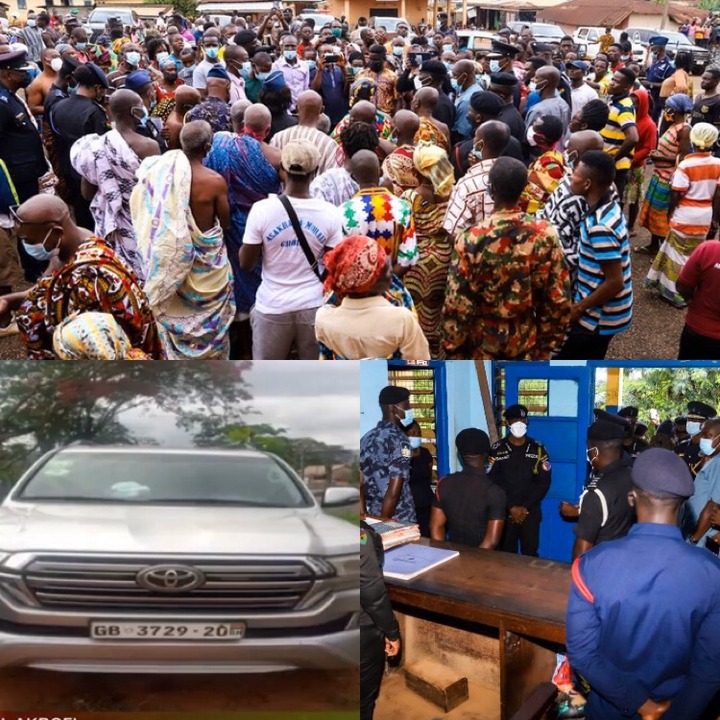 The recent circulating news that has undoubtedly sparked massive stir, debates and arguments across all social media platforms aside earning the Inspector General of Ghana police, Dr George Akufo Dampare lots of applauds and commendations is the unexpected arrest of another stubborn V8 driver on the Kumasi-Accra highway.

Not long ago, the Inspector General of police, Dr George Akufo Dampare took the privilege to make public number plates of some drivers who owned V8 for their careless driving as another stubborn driver has finally been brought to justice.

According to recent reports by UTV, Danso Gilbert, who is currently the prime suspect in the most anticipated case of overspeeding on the Kumasi-Accra Highway has been finally arrested by IGP Dampare’s boys for careless driving.

Gilbert Danso, a 29-year old owner of the Toyota vehicle with number plate GB 3729-20 was caught driving carelessly on the Kumasi-Accra Highway aside making unnecessary overtaking.

Surprisingly, the Inspector General of Ghana Police, Dr George Akufo Dampare was taking the same route and had no heavy police escort to draw the attention of drivers, passengers and pedistrians on the road.

With respect to this, the Inspector General of police, Dr George Akufo Dampare alerted some of his boys who were on duty at Kyebi and it’s environs to swiftly arrest the suspect after the driver driving the ‘V8’ unexpectedly overtook Dampare’s vehicle at top speed.

The prime suspect, Gilbert Danso was quickly arrested at the Kyebi police division and upon further investigations into his case, it was finally revealed that the prime suspect used a fake number plate which was meant for a Toyota Yaris on his vehicle even though the vehicle the 29-year old man was driving was a Land Cruiser.

With respect to this, the 29-year old suspect has been arrested by Dampare’s men for overspeeding, use of fake number plate and other additional charges which might sent the prime suspect behind bars fur a very long time.

What punishment do you think should be given to the prime suspect, Gilbert Danso for overtaking IGP Dampare’s vehicle at top speed aside using a wrong number plate on his vehicle even though most individuals claimed otherwise?