In Ghana, a youth conflict with police resulted in one death and nine injuries. 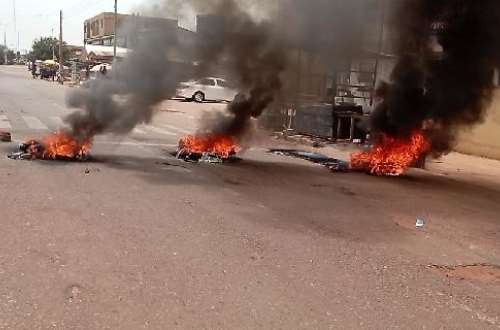 Local media said Wednesday that one person was confirmed dead and nine others were injured in a conflict between youth and police in Nkoranza, a hamlet in central Ghana's Bono East Region.

Three of the injured were in critical condition, according to John Bremini, Administrator of St Theresa's Catholic Hospital.

Albert Akwasi Donkor, a 28-year-old local shopkeeper who died in police custody under "questionable circumstances," was killed by some youngsters in Nkoranza on Tuesday morning.

The youngsters attacked the Nkoranza Municipal Police Headquarters, despite the presence of security reinforcements from adjacent police commands. In the process, live ammunition was fired, resulting in death and injuries.

The late Donkor was linked to an accused armed robbery case under investigation, according to a police statement released late Tuesday.

"A police operation was conducted based on intelligence, during which suspect Albert Donkor was shot. According to the police statement, he was brought to the Holy Family Hospital for medical assistance but was pronounced dead upon arrival.

Due to concerns made regarding the occurrence, the Ghana Police Service's Bono-East regional command had meetings with the deceased's family and other stakeholders.