Hwidiem: Overspeeding Driver in legcuffs at the hospital after causing the death of three passengers

The law must work irrespective of who you are, Dr Amo, an emergency doctor with St. Elizabeth hospital in Hwidiem near Goaso said as he recorded the temperature of a patient; Yaw Aduah, the driver of a Mercedes sprinter. Dr Amo, when asked if he felt comfortable with Yaw Aduah in handcuffs, stated that no one is above the law and the handcuffs were appropriate if the police needed them on, on his patient. The only problem is to get a leg one since we will need his arms for drips, the doctor said before the police of Hwidiem released the handcuffs from Yaw Aduah and replaced it with a leg cuff. 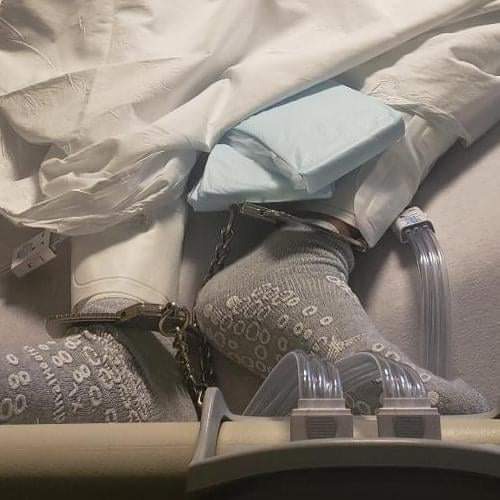 Yaw Aduah, a surviving victim of his own doing, is at the St. Elizabeth hospital fighting to live and be prosecuted after endangering the lives of eight others, and causing the death of another three people in an accident that happened on Friday morning, before Eight Twenty. Yaw Aduah, the driver of a Mercedes Sprinter, a car belonging to Israel Obeng, a retired educationalist, was involved in a deadly crash on Friday morning when he Yaw, deliberately refused to listen to the calls from his passengers.

Coming from Kumasi to Goaso, almost at Goaso, was a police barrier at Senfi, an outskirt village of Hwidiem, where passengers were hoping to report Yaw Aduah to the police checkpoint should they have arrived there, but they couldn't as they crashed a few inches away from the Hwidiem cemetery. Yaw with his overspeeding, denied himself to adhere to his passengers and held onto his accelerator forgetting there was a sharp curve before the Hwidiem cemetery. The sprinter, somersaulted four times in a roll before landing on its side, killing three people on the spot and injuring eight others. 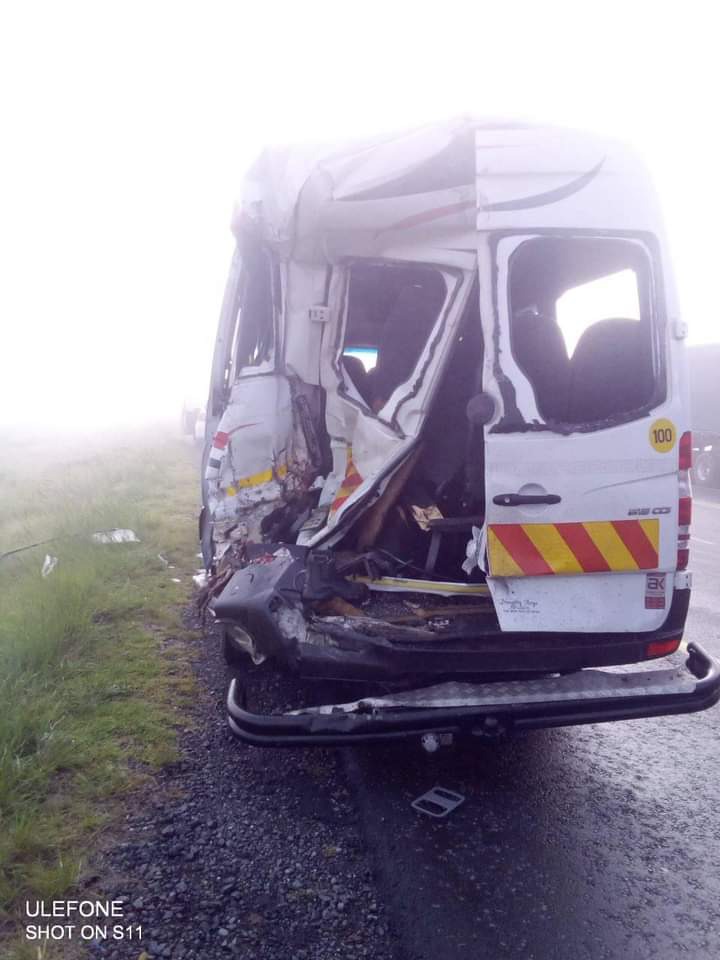 In a police complaint, one of the survivors of the accident, Oti Listowel, a first roll seat passenger, accused the driver Yaw Aduah of planning to kill them all and if not for that, he would have listened to them and decreased the speed. He got a call from someone when we were at Nsan junction, that there was a shortage of cars at Goaso to commute passengers to Kumasi and he thought by taking speed, he would arrive at Goaso on time and load back to Kumasi.

We complained from Nsan junction where he picked speed till when we got into the accident at Hwidiem. The least he was driving was 80km/h. I saw everything from his dashboard, from his back, where my seat was, Oti Listowel said to the Hwidie police. Yaw Aduah is still in a coma with oxygen on him fighting for his life. The police with the leg cuffs are to prevent the suspect, Yaw Aduah from fleeing when he recovers from a coma. 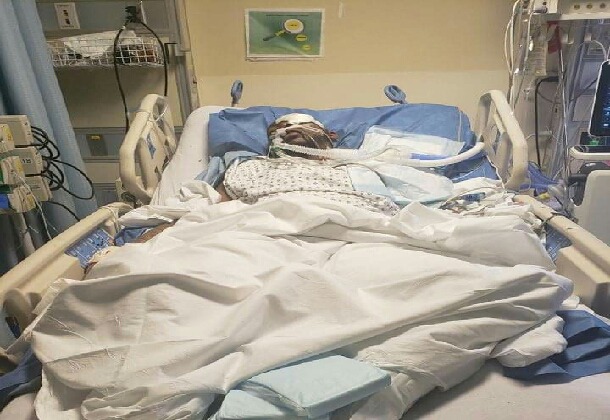 Yaw Aduah will be prosecuted for his involvement in the accident that killed three passengers; one nursing mother and her baby plus an aged man. The remaining eight victims are all at the St. Elizabeth hospital receiving medical treatment.