Force Him To Disclose The Hideout Of His Gang Leader: Failed Heist Lands Armed Man In Fresh Trouble 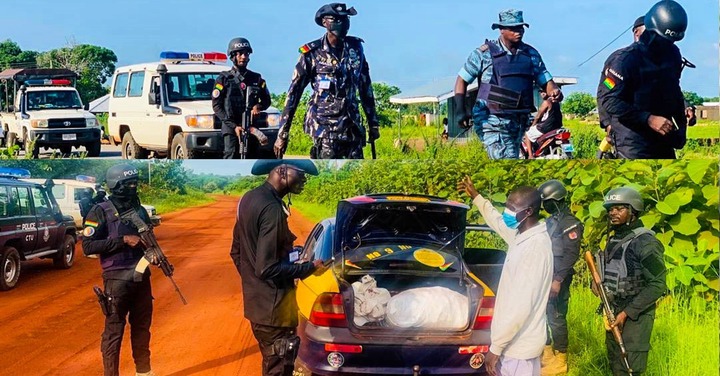 There are several criminals in the country who have been operating for many years without being caught. They have committed various forms of crimes to the extent that some have even taken innocent lives but the laws are yet to deal with them. From time to time, the police administration through their intelligence arrest some of these criminals but there are others who go unnoticed.

Three armed men were on a motorbike moving to an unknown location. Nobody suspected them of any wrongdoing and they were moving at a top speed with their motor bicycle. Questions have been raised on why three persons were riding on one motorcycle and many believe that it is about time the country has a secured regulation on the use of motorbikes. If this is done, three persons will not even try to ride on one motorbike. 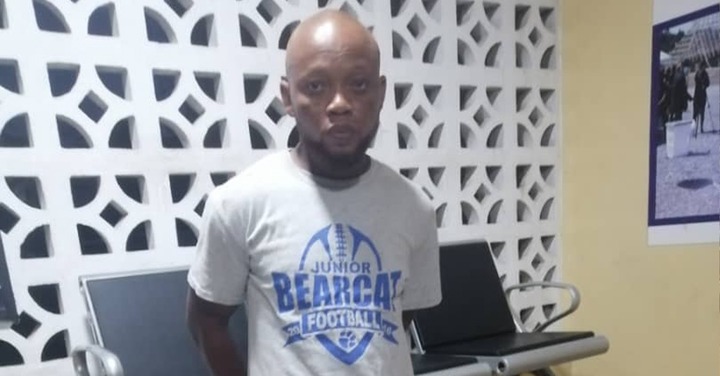 Yousif (One of the three suspected armed robbers)

The three young men bumped into a police patrol team and out of fear started running. At this point, the police were not even suspecting them of being criminals but their actions alarmed the uniform men to get them on check. The police gave them a hot chase and one of them accidentally fell from the motor. At this point, his cup was full and there was nothing he could have done.

He had a bag which the police searched after he was arrested and as expected, an illegal pistol with five rounds of ammunition was inside. Some mobile phones and hard drugs were also in his possession. The suspect whose name has been given as Yousif is currently in police custody assisting investigations. 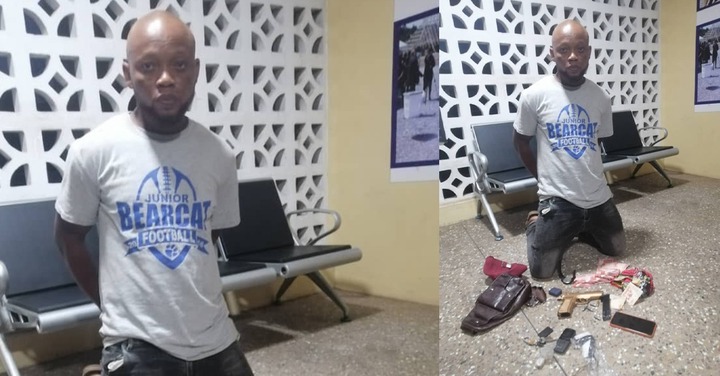 Even though the location of the incident was not mentioned, some Ghanaians who have since commented on the issue after it was posted by the Security Guy Media have indicated that the three boys were obviously going for an armed robbery operation. There is no way an innocent person will be walking with unregistered guns and hard drugs. These are characteristics of armed robbers and other criminals. The remaining two of the gang have since bolted and the police are currently searching for them.

But the one arrested might not be the gang leader. The one arrested, according to some Ghanaians must be forced to disclose where the real gang leader is hiding for the police to arrest him. He should also be made to disclose where the other two armed robbers are heading towards before it is too late. He must as well lead the police t their hideout, there might be more weapons.

The cup of these criminals was full and even though they were not caught in the act, faith brought them to the safe hands of the Ghana Police Service. Their victims have been saved in advance. The one who has been arrested must face severe interrogation to provide all the gist about the rest of his gang.