Now That You Have Successfully Killed Him, Are You Going To Kill Us All?- Captain Smart Boldly Asks. 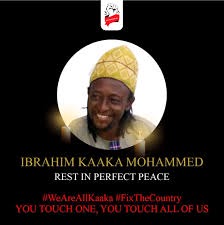 The murder of kaaka Mohammed, who was one of the conveners of #fixthecountry# campaign on the 29th of last month at Ejura by some unknown assailant has been one of the most discussed topics on all the media outlets nationwide.

His murder has spiked a lot of tension and controversy across the country especially, Ejura which led to the killing of two other people during a protest by the youth of the town. A lot of people are of the idea that the assassination was under the auspices of some authorities allegedly, the DCE for Ejura though he has cone out to clear the air that he had no hands in the issue.

But interestingly, one of the conveners of #fixthecountry# campaign and a veteran radio and television journalist, Captain smart has raised serious concerns on the murder of Kaaka Mohammed. Speaking live on Onua TV's "Onua maakye" morning show, the outspoken journalist raised a delicate query which suggest he has enough details concerning the murder case. 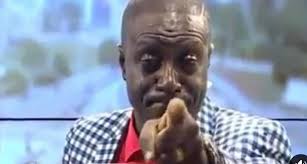 In an angry but subtle tone he asked those behind the killing of the the young man what their next line of action is. "Now that you have successfully executed your duty of killing him, what is your next action? Are you going to eliminate us all?", he boldly asked.

Do you agree with those having the impression that Kaaka's murder was an orchestrated one or it was just coincidental?