Four people burnt to death in an eight-room apartment

By Lhana (self media writer) | 1 year ago 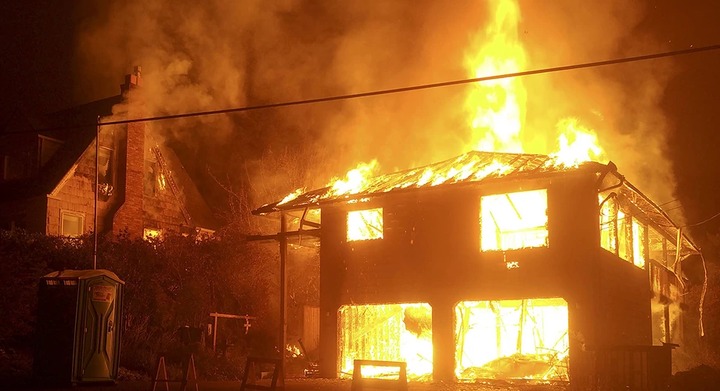 According to sources, the incident occurred around 11:30 p.m. on Saturday, April 10, 2021, in Manso Aponoapon, Amansie South District, Ashanti Region.

Esther Kobina, the pregnant mother, and Kofi Owusu, the husband, have been named.

A fire in an apartment complex housing eight people killed the pregnant woman and her family.

They are said to have been died as a result of the fire's burns and suffocation.

According to Edward Oduro Nsiah, the Director of the National Disaster Management Organisation (NADMO) for the region, eight people were in the house when the fire broke out, but four were able to flee.

He said the entire eight-room apartment had been consumed by fire.

Although the cause of the fire is unknown, the Ghana National Fire Service has begun an investigation into the tragedy.

The four survivors have been taken to Agroyesum's St. Martins Hospital.

The victim's remains were also stored at the same hospital morgue.