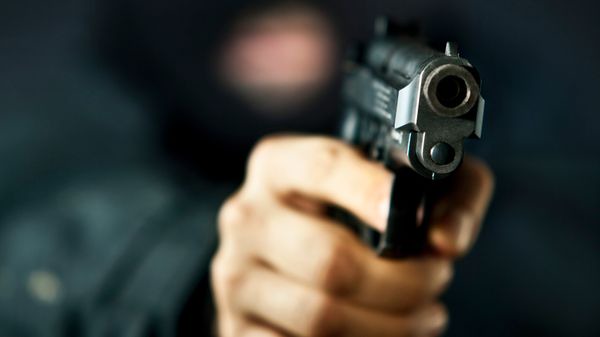 The Public Relations Officer of the Concerned Drivers Association of Ghana, Mr. David Aguadu, has revealed chilling details of how he was accosted at his home by a group of thugs over his recent advocacy for increment in transport fares.

Speaking on Okay FM with Afia Pokua (aka Vim Lady), Aguadu claimed to have been threatened at gunpoint and further warned to stay away from making the government unpopular else he would be killed.

“It was in my own house. They said they know me, they know my wife and they know my children. That if I don’t shut up and stop the things I am doing, then he showed me a gun hoisted on his thigh and said, it will finish me,” he told Vim Lady.

He noted that the incident happened after he engaged with several media houses in Accra to press home his association’s demand for increment in transport fares. “On that very day, I was loud on the radio and television stations all over the place. From TV3, we went to UTV and after that, we came to your studio, and the day before that we were at Neat FM,” he said.

Despite the threat to his life, he noted that he is yet to report the incident to the police for an investigation to commence. He also added that he can identify the people who stormed his home to threaten him if he meets them.

In recent days, commercial drivers have been agitating for an increment in transport fares after fuel prices at the pump shot up from GHC24 to GHC27. They also say the prices of spare parts have gone up and that failure to adjust transport fares would collapse their businesses.

Meanwhile, some trotro drivers and transport unions in Accra have increased the transport fares by 20 percent.