Following the heartbreaking Incident that occurred in Bono Region, Precisely in the Sunyani area where a young female student of "Miracle Senior High School (SHS)", allegedly committed suicide inside their school dining hall, the parents of late Leticia Kyere Pinaman has exposed more truth behind the death of their daughter. 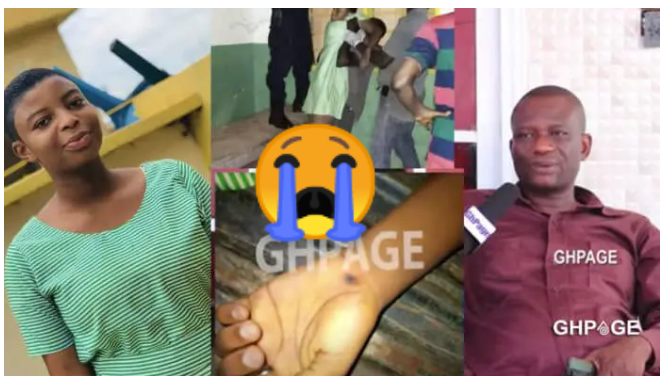 Information also popped up that the young girl didn’t commit suicide but was murdered before hunger.

According to the mother of the girl, the woman explained that the doctor gave different indications that a person who dies by hanging should have, but Leticia had none

Allegedly, news circulating also has it that, the young girl’s blood was taken away by an unknown person for rituals.

A careful look at the body of the young girl, one could see that the lady is having marks which tell her blood was taken away. 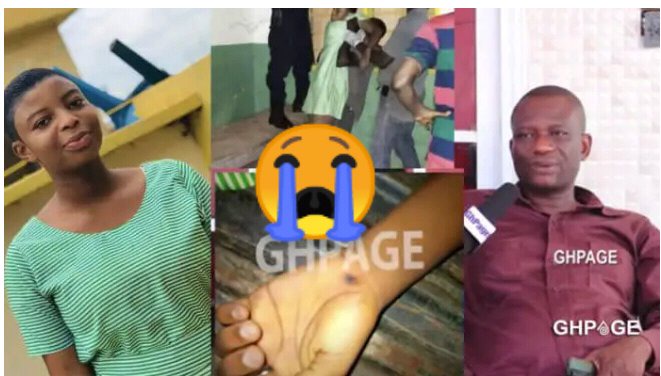 However, according to the girl's father, they are sure that someone intentionally killed their daughter and hanged her just to leave no traces.

He revealed during the interview that the police have requested for a pathologist from Accra to carry out the post-mortem to ascertain the true cause of Leticia’s death.

Meanwhile, he fumed that after the pathologist results, if nothing better pops up, he isn’t going to hurry her daughter. 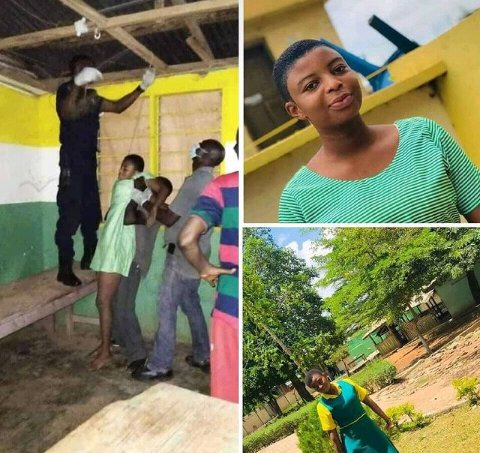 The Elder Sister of Leticia Owusu who is also called Portia Owusu has also revealed what killed her Sister according to Doctor's report. In an interview with Kofi Adoma on Angel FM's Popular Anopa Bofo Program, the elder sister of the late Leticia Owusu disclosed that it is never true that her sister committed suicide since there was no indication of such associated with her death. She added that there is nothing that worries her sister so she doesn't see why her sister will commit suicide.