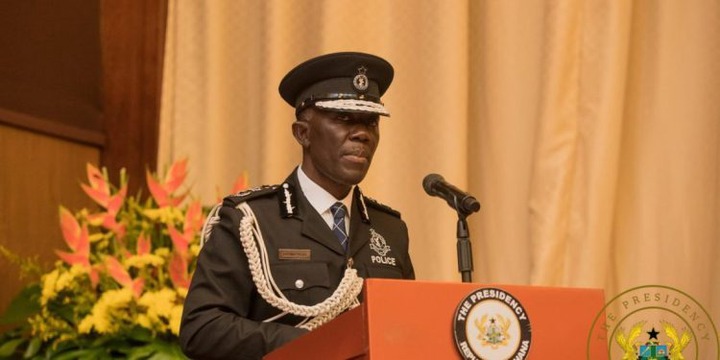 The Inspector-General of Police (IGP), George Akufo Dampare is in Nkoranza in the Bono East Region with the aim of but not limited to, restoring the residents’ confidence and trust in the police after the death of one Albert Donkor at the hand of the police and a subsequent clash between some residents and the police in the area.

He visited the community with some Police Management Board (POMAB) members and the Bono East Regional Police Command.

The team of police officers led by the GP are interacting with personnel, chiefs, and some community members, as well as inspecting damages caused to the Divisional and District Police Headquarters.

Among the objectives of the visit is to find a “lasting solution, promote peace, and maintain law and order”, the police service said.

“In the Bono East Region, police gathered intelligence that a suspect, Albert Donkor, and the gang of five suspected armed robbers were involved in several robbery attacks in the region.

“Based on this intelligence, an operation was conducted during which suspect Albert Donkor was shot. He was rushed to the Holy Family Hospital for medical attention but was pronounced dead on arrival”, the police side of the story reads.

On Tuesday, May 17, some youth of the Nkoranza community went on a rampage over the “mysterious death” of Albert leading to the death of one more person, with seven others sustaining different degrees of injuries following a clash with the police in the area.

The youth reportedly attacked the Nkoranza Divisional and District Police Headquarters where they damaged some vehicles and other properties.