By AccraBlogger (self meida writer) | 22 days

A farmer in Colorado beheaded a chicken seventy years ago, but it refused to die. Mike, as the bird was called, lived for 18 months and became well-known. Chris Stokel-Walker wonders how he survived so long without a head. 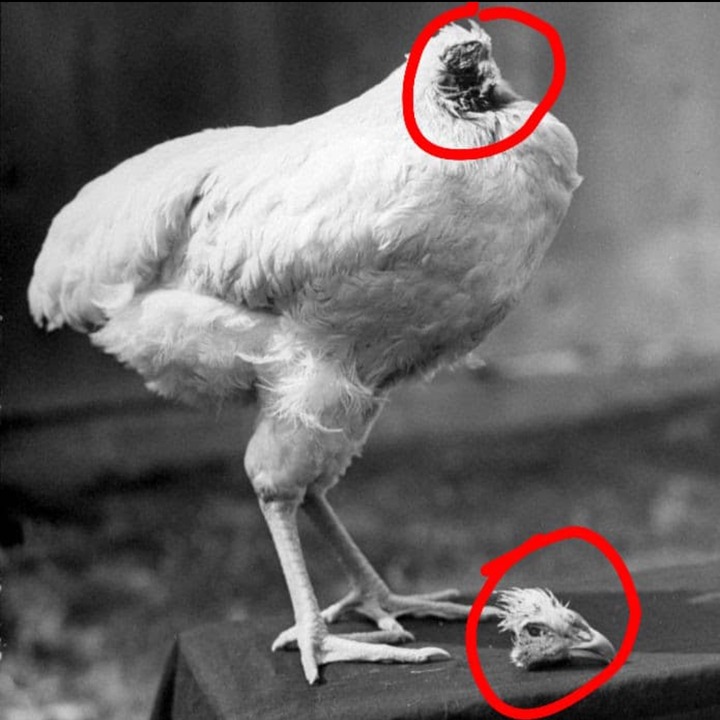 "They got to the end and there was one who was still alive, up and walking around," says Troy Waters, the couple's great-grandson and a farmer in Fruita. The chicken kicked and played without stopping.

It was stowed away for the night in an old apple box on the farm's screened porch, and when Lloyd Olsen awoke the next morning, he went outside to see what had happened. Waters says, "The damn thing was still alive."

His mom, Christa Waters, says, "It's part of our odd family history." 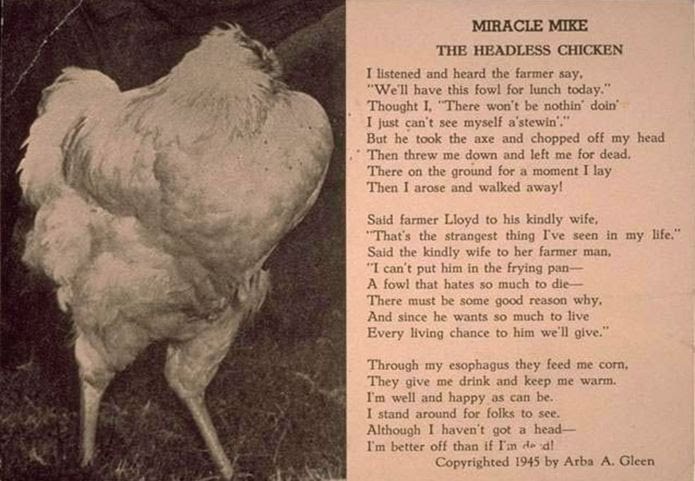 When Waters was young, his bedridden great-grandfather came to live with his parents and told him the story. They shared a bedroom, and the old man, who was always sleepless, would chat for hours.

Waters says, "He brought the chicken carcasses to town to sell them at the meat market."

"He brought this rooster with him, and he was also using the horse and wagon a lot back then." He threw it in the cart, brought the chicken inside, and began betting people on whether he had a live headless chicken or not. 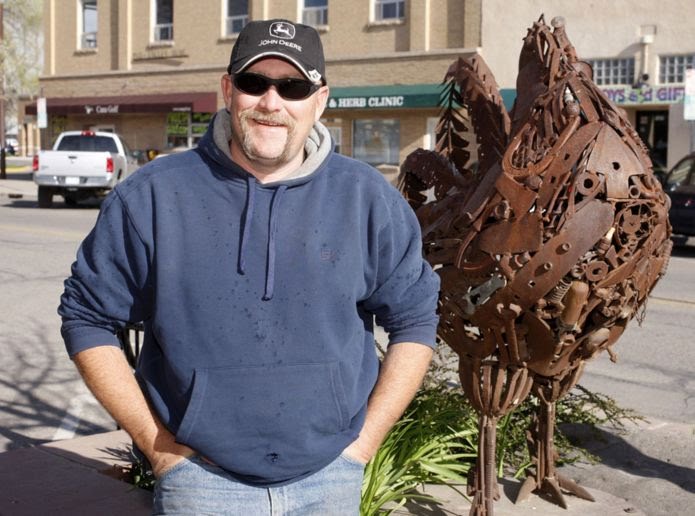 The miraculous headless bird made its way around Fruita. A reporter from the local paper was sent to interview Olsen, and two weeks later, a sideshow promoter named Hope Wade drove nearly 300 miles from Salt Lake City, Utah, to interview him. He had a simple suggestion: they should take the chicken to the sideshow circuit and make some money.

"They had a small farm and were struggling back then in the 1940s," Waters says. "'What the hell, we might as well,' Lloyd said.

They started their journey in Salt Lake City, where the chicken was subjected to a battery of tests at the University of Utah. According to rumors, university scientists surgically removed the heads of a large number of other chickens to see if any survived.

Life Magazine came to wonder at the story of Miracle Mike the Headless Chicken - as he had been dubbed by Hope Wade by this stage. Then Lloyd, Clara, and Mike embarked on a cross-country tour of the United States.

They visited California and Arizona, and when the Olsens had to return to their farm to collect the crop, Hope Wade took Mike on a tour of the southeast United States.

Clara faithfully recorded the bird's journeys in a scrapbook, which is now stored in the Waters' gun safe. 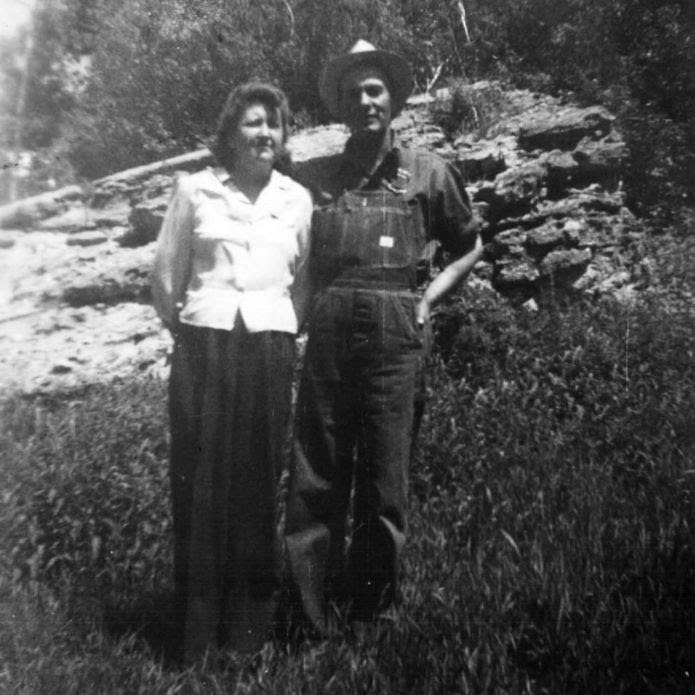 People from all over the world wrote letters, numbered in the hundreds, and not all of them were optimistic. One likened the Olsens to Nazis, while another from Alaska suggested they trade Mike's drumstick for a wooden leg. Despite the fact that some were addressed only to "The owners of the headless chicken in Colorado," they nevertheless made it to the family farm.

The Olsens brought Mike the Headless Chicken to Phoenix, Arizona, after the initial trip, where tragedy struck in the spring of 1947.

In Phoenix, that's where it died. 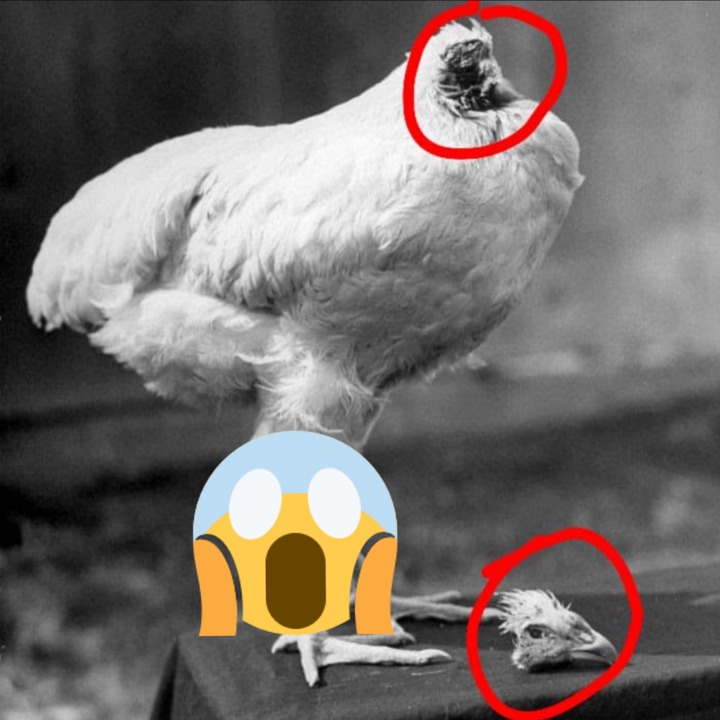 Meet The American Family With 11 Independent Billionaires According To Forbes.

Accra Doctor gets a car and cake for retirement