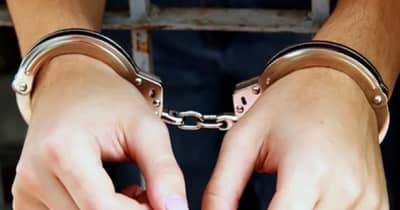 The Ghana Police has arrested a self acclaimed pastor by name Elijah in Abrepo in closer to Sunyani. The street pastor was caught with human corpse.

According to information gathered, the self acclaimed evangelist exhumes dead bodies from the cemetery, bring them home, cook and eat.

According to residents, Elijah is popularly known in the area as an evangelist who usually preaches the word of God on the street at dawn. He's known by residents as a holy man who always carries his bible every where he goes. He's known as a quiet person who doesn't actually socialize with people. But some residents noticed that as an awkward attitude and some of them decided to take the mandate upon themselves by investigating his activities. 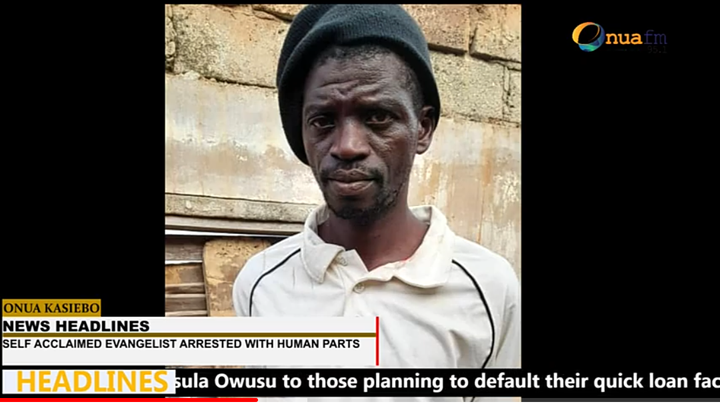 According to some residents, the self acclaimed pastor, Elijah is normally seen at the cemetery for reasons people cannot actually tell. All these suspicious activities convinced some residents to seriously pursue his reasons for those constant visit to the cemetery. 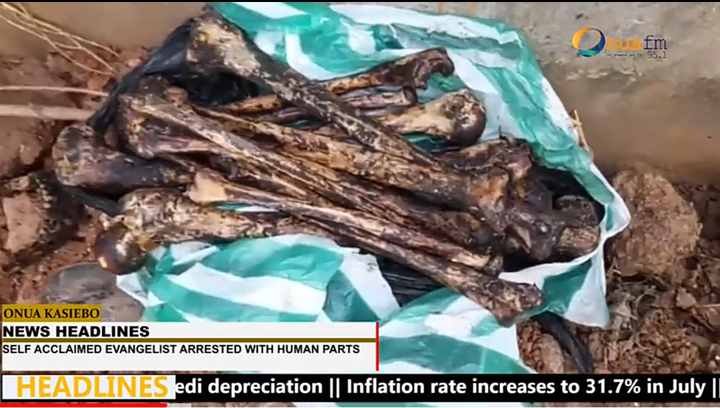 After they got to the uncompleted building which is occupied by the pastor, they realized after careful examination that the bones are actually human parts. They apprehended the pastor who denied all wrong doings. They went to the cemetery and indeed realized some corpses have been dug out from their grave.

The assembly member reported the case to the police station. The police arrived on scene and arrested the self acclaimed evangelist. After the arrival of the police, they realized Elijah exhumes these dead bodies from their graves and actually come home and prepare food with it. Elijah had actually prepared ampesie (cooked yam and plantain) with some stew that he was going to eat with these cooked dead bodies. 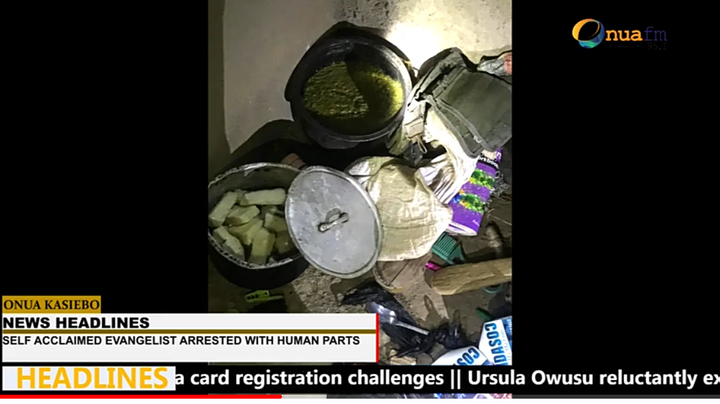 Police arrested him and has taken him to custody where he has confirmed all allegations leveled against him to be true. Police are now investigating on the matter to know specifically the corpse he dug out and how many he exhumed.

A link to the video has been posted below for interested readers to view for themselves.

VIDEO: A Man Causes A Stir Online After He Prayed For Ghanaian Lawyers, Mahama & Akufo-Addo

Emotional: A Lost Kid Crying And Asking For Help.(Video)