By RainbownewsGh_official (self meida writer) | 18 days 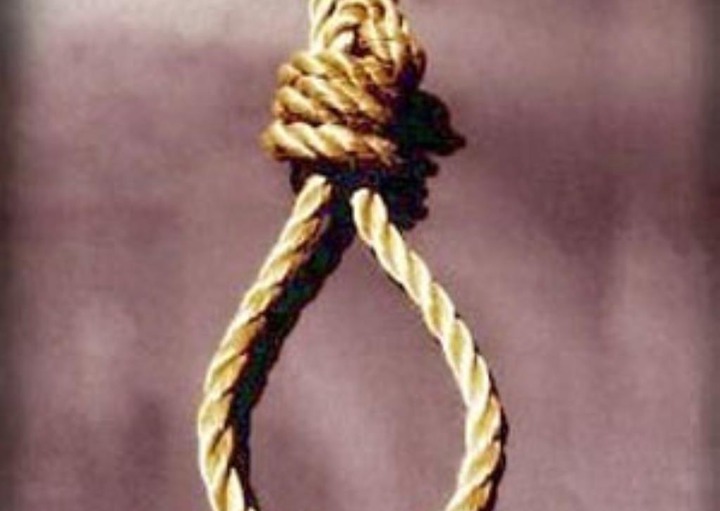 A young boy between the ages of 17 and 19 years has intentionally hanged himself to death at Kenyasi in the Ashanti region of Ghana. The incident happened on the 24th April, 2021.

The deceased, Kwame was suffering from serious mental depression at his hometown in Kwapong within the Ahafo region and was taken to a Prayer Camp (name withheld for reasons) in Kenyasi- Kumasi to correct and heal his abnormal behaviour. He was kept there for several days until this unexpected situation occurred.

The father of the deceased, Mr Kwame Bio is of blessed memory and was buried at his hometown in Kwapong about four years ago.

According to the family members, the young boy began exhibiting some strange behaviours after a small misunderstanding with his girlfriend. The situation intensified and he was finally taken to the prayer centre for deliverance prayers. The girl friend was in his company at the prayer centre.

According to the girl, the boy secretly left the prayer grounds and went to a nearby uncompleted building where he hanged himself with a belt on a small pillar of wood.

The passers by who saw him hanged on wooden pillar began shouting until the church people became aware of the situation. The situation was immediately reported to the Kenyasi Police before conveying the dead body to the mortuary for autopsy and investigation.

Another information available from the late Kwame's family further proves that, the boy began engaging himself in occultism and spiritism before this whole pathetic story happened. Kwame started invoking spirits in what people usually describes as "saint". He was advised by several people to put a stop to it but the advise fell on death ears until it degenerated into "high fever level". He could just rise up, jump and run away until the the people chase and arrest him at his hometown.

The general overseer at the camp made powerful attempt to heal the young boy but unfortunately another powerful spirit forced him to commit suicide. This is strange but only God understands it.

Many people are however suggesting that, the boy should have been taken to a psychiatric hospital instead of prayer camp. The doctors could have given him depression drugs to calm the situation down. Some mental problems requires medical attention. God can heal but when a critical problem hits the medulla oblongata responsible for your intelligence, doctors can use X-rail machine to quickly detect the problem and proffer solution.

Kwame's life would have been saved by doctors at the appropriate time. We must all learn from this story and take such people from prayer camps to the Psychiatric hospital for immediate attention.

But others are also doubting whether that small belt around his neck could kill him. Police investigation would prove the right cause of death. There was no cut on his body. Only blood was coming from his mouth.