Two In Serious Condition As Ambulance Rams Into Pedestrian

By DanYaboo (self meida writer) | 1 months

Two In Serious Condition As Ambulance Rams Into Pedestrian 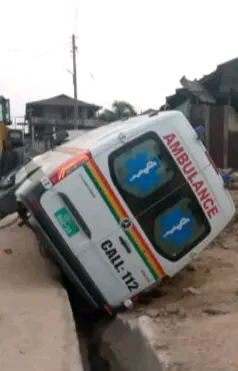 Eyewitnesses who saw the tragic accident unexplained that the ambulance with registration number GV 840-19 was running on top speed, headed towards Accra. According to the eyewitnesses, the inscription on the van indicated that the ambulance belonged to the Akim Oda Constituency. Narrating how it all happened, the road user who witnessed the whole event noted that the driver was negotiating a sharp curve on reaching the Adeiso township, but because of the rate at which he was running he lost control and skidded off the road, knocking down a pedestrian in the process. 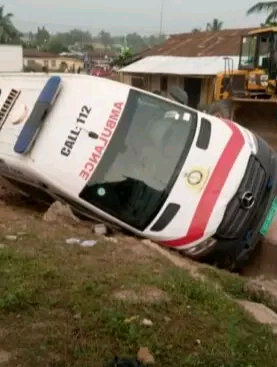 The impact of the crash, according to the eyewitness, left the ambulance driver badly injured with multiple fractures in several parts of his body. The pedestrian was also severely wounded and left unconscious following the impact of the crash. The two were immediately rushed to the Adeiso Health Center for assistance, which was much closer to the scene of the accident. 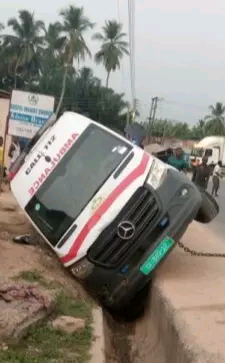 Health authorities of the Adeiso Health Center immediately administered some first aid and referred the two casualties to the Koforidua Regional Hospital to be given special care following the gravity of their injuries. The two casualties were later identified as Bruce Nakotey Tetteh, 42 years, driver of the Ambulance while the pedestrian was also identified as Rahinatu Iddrisu, 32 years old. 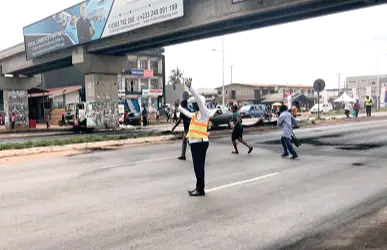 Not long ago, a similar accident involving an Ambulance was reported in news. Apparently, the ambulance carrying a pregnant woman waiting to deliver was caught in the middle of a robbery attempt. The ambulance was sprayed multiple times with bullets. The driver reportedly sustained severe injuries while the pregnant woman was whisked away in another car to the hospital for safe delivery. 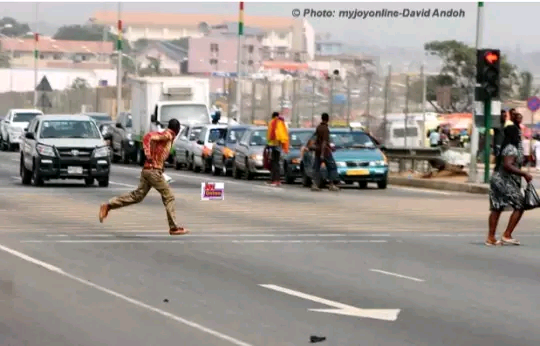