Video: Notorious Thief Made To Weed Acres Of Land After He Was Caught Stealing Red Handed

Following lessons learned from the late Major Captain Mahama's case, which was mistook for an armed robbery in Denkyira Obuasi, the punishment for thieves in some regions of the country appears to be shifting from bad to good. In addition, efforts and education have been launched to prevent mob violence or swift justice. Takoradi residents have proved in recent months that the best actually does come from the West by changing the technique of penalizing criminals. Several videos have surfaced on the internet from Takoradi, where several alleged thieves were forced to sing and dance as a kind of punishment for their actions.

Following this occurrence, a robber was forced to dance to Kofi King Arthur's song after being forced to clean the gutter. The first video showed a thief being given an energy drink to help him gather strength so he could be hit again while being escorted to the police station.

Now, in Bibiani's instance, a well-known thief who, according to neighbors, has been stealing from people's farms has been sentenced to weeding some acres of land as a penalty after being caught red-handed. The burglar appeared to have registered his name on the lips of the majority of the people, as no one uttered anything pleasant about him, according to sounds audible in the background. A woman who knew the burglar appeared out of nowhere, telling how the thief had refused to be transferred to the North. 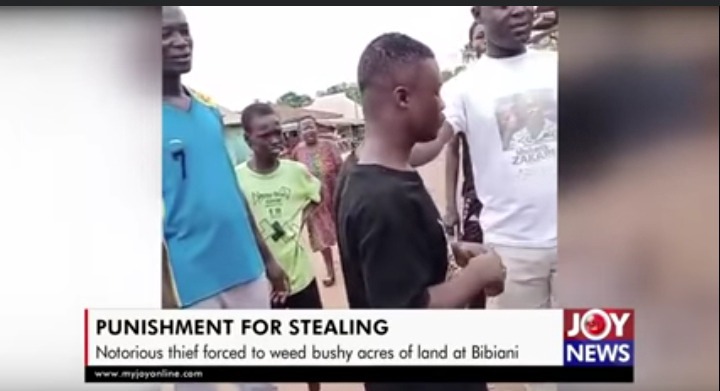 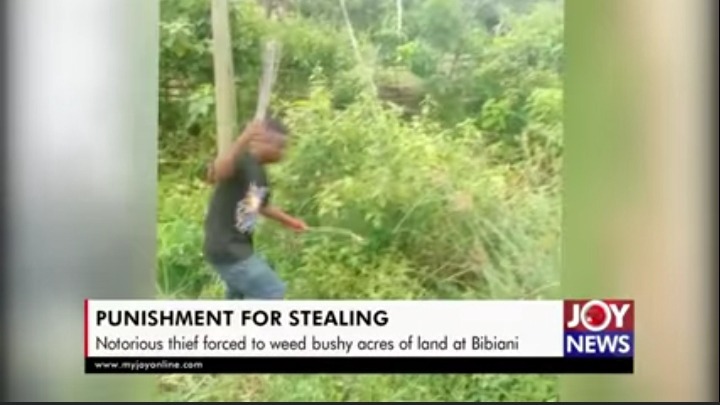 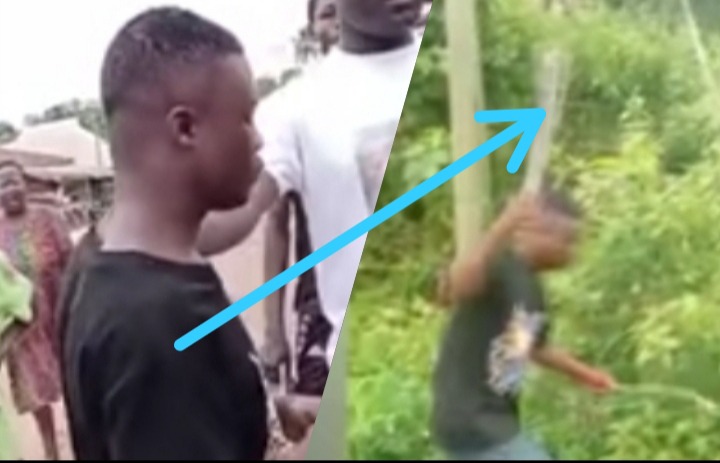