By Serwaa_Bernice (self meida writer) | 17 days 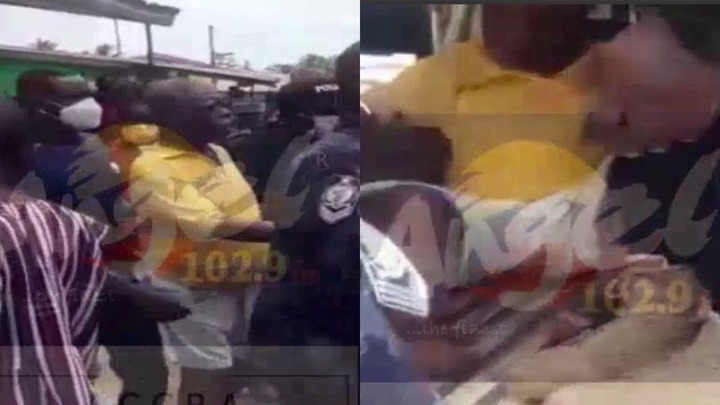 It was all sorrow at Akyem Apedwa, a town in the East Akim District of the Eastern Region Of Ghana last Saturday as a Ghanaian man who is said to be 80 years of age shot his own nephew over a family dispute.

This was made known to the general public after Prophet Kumchacha who was at the said place for funeral narrated the sad news to Kwadwo Dickson Of Angel Fm During the ‘ ‘Orgasm News’ this afternoon.

According to report, the man whose name was given as ‘wo cocoa nie wo sika nie’ on March, 27, 2021 shot his nephew who name was not giving over claims of family Dispute.

It's however not clear what the family Dispute was all about but per Prophet Kumchacha, He was at his village for a funeral when the sad incidents happened.

According to him, he was with four police men at their station when the heard a gunshot but they though as Ester is near, the children may have started celebrating it with knockouts so they acted death ears to that. Few minutes later, a guy run to the police the inform them about the said incident so together with the police they rash to the scene to see the nephew of ‘wo cocoa nie wo sika nie’ killed in a cold blood while the suspect was inside.

Though is was hard arresting him because he was in the room with a gun while the police were outside, by the help of a good police man according to Kumchacha, they managed to arrest him and he’s now in police custody for further investigation.

So Amazing As A Dying Covid-19 Patient Is Consoled By A 'Fake Hand.' [Photos]

These Prayers Are The Prayers You Need For Success

If You Have Access To Guava Leaves, You Can Use It To Help Your Wife Conceive Easily

How To Get Your Boyfriend To Cuddle With You