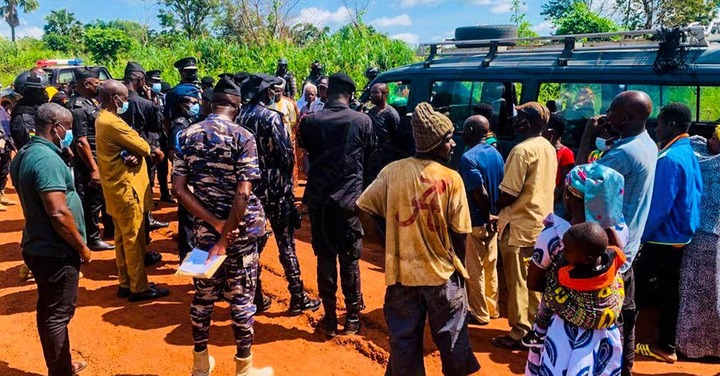 It is mostly a difficult task for the Ghana Police Service to have criminals disclosing their sources of ammunition. The situation continues to be a huge challenge confronting the Ghana Police Service who has been fighting to reduce the infiltration of unlawful arms in the country. The major importers and manufacturers of guns continue to remain a mystery since almost every day, armed robbers are able to secure different weapons for their operations.

Some of these suppliers and manufacturers have over the years been arrested, but it seems there are still more in the system. Another gang of young men has been arrested by the police and they have refused to disclose their gun supplier. The five were using the main Nsawam road when the patrol team deployed by COP George Akuffo Dampare on the stretch detected unusual moves around them. 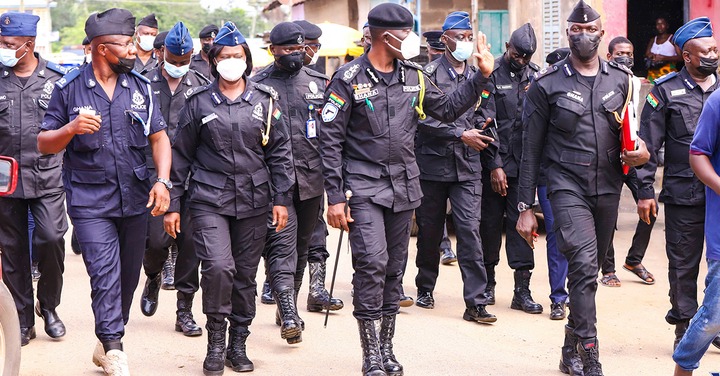 The police always work with intelligence and whenever they detect any strange move, they are able to interrogate and track those involved down.

The vehicle of the gang which has since been detected as a Mercedes Benz was stopped by the patrol team for inspection. The gang stopped and the police started doing what they do best. Interrogations began at the scene but professionals will always know when criminals are being economical with the truth.

The demeanor of the five young men revealed to the officers that all was not well and that prompted them to probe further. The gang began shivering and the officers went ahead to search the vehicle. To the amazement of many, the Mercedes Benz was full of guns and other serious weapons. None of these weapons found on them were registered as recognized in the laws of Ghana. This makes the movement of the gang illegal and the police arrested them. 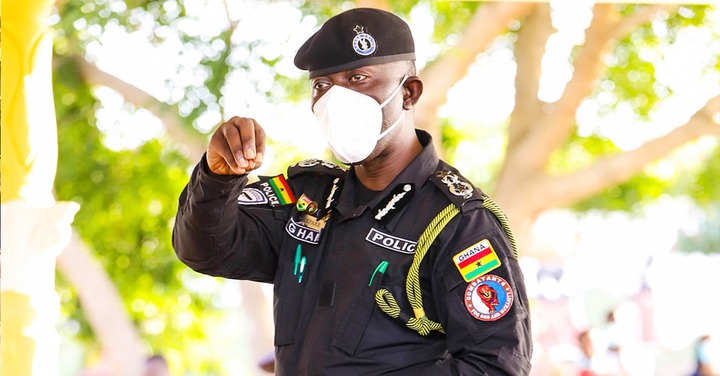 The police probed to know where they were transporting the guns from but the gang refused to disclose their supplier neither did they told the police where they were transporting the weapons to. DSP Baffour Awuah, who is the Police Commander in the area confirms that the five have been caged and will be made to face the laws. Even though the names of the suspects were not disclosed immediately, the failure to disclose their source is a huge challenge the police would have to deal with.

Wherever they are bringing the weapons from might be a warehouse of the numerous unlawful weapons being circulated in the country by armed robbers. The supplier might not be far away from where they were arrested and further probe can lead to his destinations. They must be forced to disclosed the gun supplier and we can trust the Ghana Police to trace the source soon.