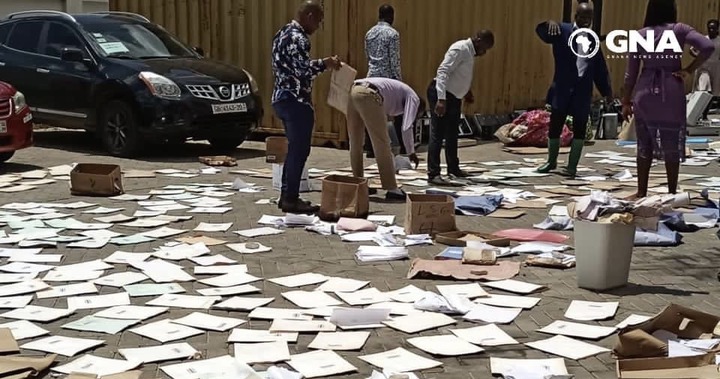 Lands Commission are also telling their side of the story regarding the destroyed documents they had in their possession. Lands commission a few hours after several allegations erupted out of the blue have also come out with claims that they have had their documents destroyed. The lands commission have announced that there have been ruins in their department after the heavy downpour and this has led to the destruction of their computers and files. They have also posted pictures which affirms this statement made by the lands commission. 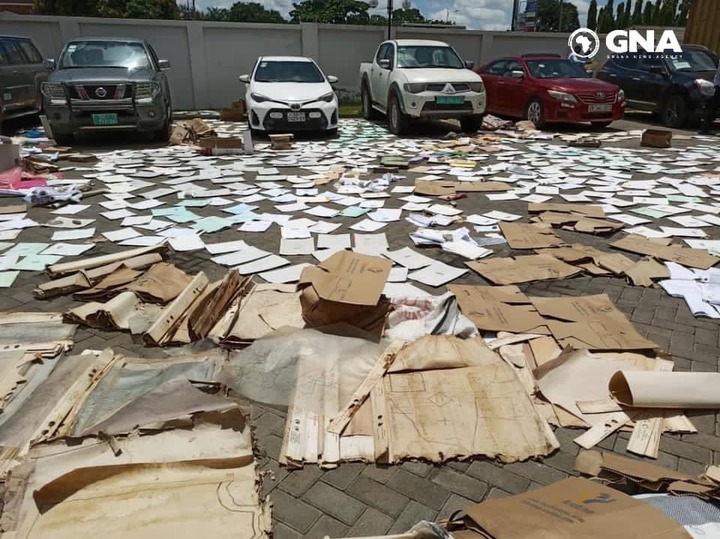 After these posts were made to social media, people have objected and made some interesting points about it. Some think it’s due to the poor drainages and other issues leading to the flooding and then to this. Others also think this is a lie and only a conspiracy theory to hide evidence because they have been asked to produce documents for some lands which have had serious issues concerning them. The lands commission are being accused of trying to cover evidences and this is why they are telling this story.

Social media is buzzing with several allegations and reports on why there have been several rains but this was the only one that destroyed the documents during a time that authorities are demanding papers for several land and property related matters. The lands commission are being accused heavily and might have to do some official answering of questions since the citizens do not agree with them on this. There have been several comments from social media users and Ghanaians seem to be ready to connect the dots between any of such issues. They are ready to speak up and never let their guard down because they have been cheated and manipulated for long. It is now up to the leaders to answer to these questions and from what we are seeing, people are indeed ready for answers. What are your thought?

5 Foods Which Are Healthier Than You Think According To Experts

There Is No Mistake Going To IMF - Amewu

8 Types Of People Who Can Never Succeed In Life; See Number 8

Ladies: Signs He Doesn’t Deserve You