By Samvash (self media writer) | 1 month ago 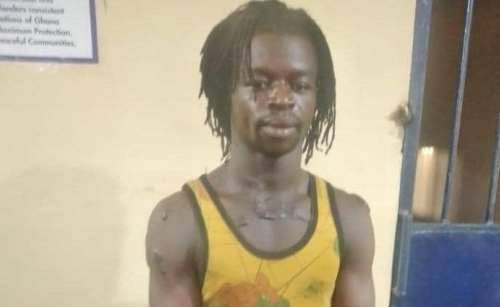 Suspect Kampii Ningpeen Yennu have been arrested by the Bunkpurugu District Command in connection with the alleged killing of one Matthew Namisom, who's a farmer at Kpentaung in the Bunkpurugu/Nakpanduri district of the North East region of Ghana.

ASP Robert Anabiik Anmain, who happens to be the Acting North East Regional Police Public Relations Officer, who confirmed the arrest said the suspect presented himself to the Police at the Bunkpurugu District Command upon realizing the Police have already catch up on him.

ASP Robert Anmain said the suspect will be arraigned before court after investigations.

Matthew Namisom was shot dead in his room at Kpentaung village in the Bunkpurugu-Nakpanduri district of the North East region.

A police report said the Bunkpurugu District command received a call from the Assembly man for Jilik electoral area, Laar Jatuat, reported that one Kampii Ningpeen Yennu, suspected the deceased farmer to be having an affair with his wife sneaked into the farmer's room during the night and shot him with a gun.

According to the report, they proceeded to the crime scene only to find out the farmer lying in a pool of blood.

Investigations revealed that the suspect had several times threatened to kill the deceased for allegedly having an affair with his wife.

Content created and supplied by: Samvash (via Opera News )