Godstrong Tettey: One notorious armed robber has been arrested

By Priestod (self media writer) | 1 month ago

Of late Ghana Police Service has been on it toes to uproot any unlawful act in the country which most people are praising the current IGP. 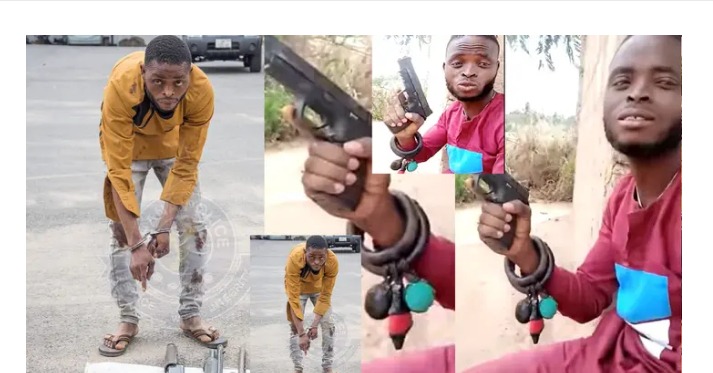 Godstrong Tettey is a dangerous armed robber and a murderer who has been on the wanted list of the Police for the alleged murderer, car-snatching cases, and other violent crime and activity related to land guard.

Godstrong Tettey had become notorious and have left the public in fear and panic when he was seen in a video circulating on social media, brandishing a pistol.

This made the police launch an investigation in search of this gentleman and indeed the police did a great job by arresting Godstrong at Adeiso in the Eastern region and items retrieve from him include two Pump action guns, one locally manufactured pistol, and one new foreign-manufactured pistol.

Looking at the kind of weapons he possesses shows that he might be having a gang working with him and further probe must be conducted by the police to bring out all of them at once. The arrest of such notorious armed robber should be a signal to the rest from their hideout that no matter what they will do will not be enough to deter the Police from arresting them. This is another swift action exhibited by the police but his other gang must also surrender. 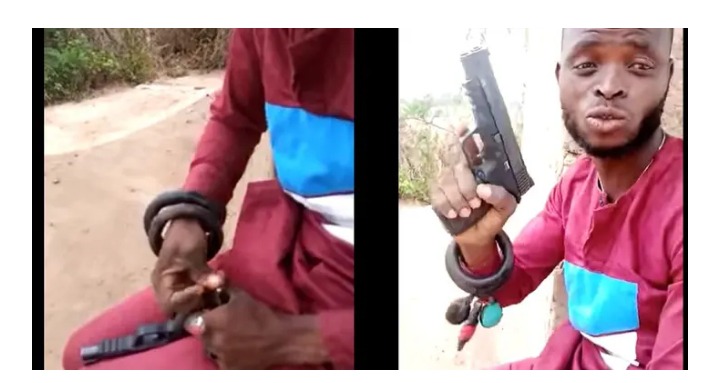 The question is, how did he get those weapons, and who serve as a middle man for him to obtain such weapons.

Content created and supplied by: Priestod (via Opera News )